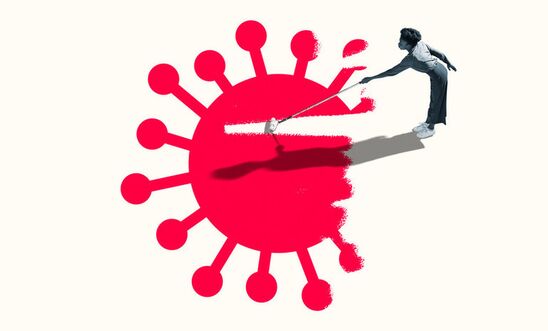 The majority of people in G7 countries believe their governments should ensure pharmaceutical companies share vaccine research and technology, according to a major new poll published today (5 May).

The poll carried out by the People’s Vaccine Alliance, which includes Amnesty International, shows that in G7 countries 70% of people want governments to ensure vaccine research is shared.

Support for government intervention is highest in Italy, where 82% of respondents were in favour, while in the UK 74% want governments to prevent “Big Pharma” monopolies - a sentiment which runs counter to Prime Minister Boris Johnson's claim that the UK’s successful vaccine rollout has been due to “greed and capitalism”. UK support for intervention on vaccines is consistently high despite political divides - with the idea backed by 73% of Conservative voters, 83% of Labour supporters and 79% of Liberal Democrats voters, as well as among 83% of Remain and 72% of Leave voters in the EU referendum.

In the USA, where President Biden has voiced his “hope and expectation” for sharing vaccine know-how, 69% of the public support the measure.

The polling shows that while the public generally believes that drug companies should be fairly compensated for developing vaccines, they also think should be prevented from holding a monopoly on the jabs.

The polling comes as G7 foreign and development ministers meet in London today - the bloc’s first in-person meeting in two years, while the General Council of the World Trade Organisation is also meeting online today.

Despite widespread public support for sharing vaccine know-how, G7 governments have nevertheless continued to support pharmaceutical monopolies on Covid-19 vaccinations. More than 100 countries, led by India and South Africa, have proposed a temporary waiver of intellectual property rights on Covid-19 vaccines at the WTO, but the proposal has been blocked by powerful countries - including the UK, the US, Canada and Japan, as well as the EU. However, the USA has confirmed it is reconsidering its opposition to the waiver.

To date, no company with an effective vaccine has joined the World Health Organisation’s Covid-19 Technology Access Pool (C-TAP), which was established to facilitate sharing blueprints for vaccines and treatments. Moderna, Pfizer/BioNtech, Johnson & Johnson, Novovax and Oxford/AstraZeneca have received billions in public funding and guaranteed pre-orders, including $12 billion from the US government alone. An estimated 97% of funding for the Oxford/AstraZeneca vaccine came from public sources.

The companies have paid out a combined $26 billion in dividends and stock buybacks to their shareholders this year, enough to vaccinate at least 1.3 billion people, equivalent to the population of Africa.

“G7 governments have clear human rights obligations to put the lives of millions of people across the world ahead of the interests of the pharmaceutical companies that they have funded. It would be a gross failure of leadership to continue blocking the sharing of life-saving technologies and would only serve to prolong the immense pain and suffering caused by this pandemic.”

“The public doesn’t want big pharma to hold monopolies on vaccines that were developed largely with public money. These vaccines are a global public good that should be available to everyone, everywhere. That much is obvious to the public across G7 nations, but political leaders are burying their heads in the sand while people die around them.”

“The horrific situation in India should shake G7 leaders to their core. Now is not the time for an ideological defence of intellectual property rules. Bilateral deals with pharmaceutical companies have not worked. Governments need to step in and force pharmaceutical companies to share their intellectual property and vaccine know-how with the world.”

“People are dying by the thousands in low and middle-income countries while rich nations have jumped the vaccine queue. G7 leaders need to face up to reality. We don’t have enough vaccines for everyone and the biggest barrier to increasing supply is that a few profit-hungry pharmaceutical corporations keep the rights to produce them under lock and key. It’s time to waive the intellectual property rules, ramp up production and put people’s lives before profits. It’s time for a People’s Vaccine.”

As G7 chair, the UK has proposed a Pandemic Preparedness Plan, to be discussed by ministers this week. However, the plan fails to address the issue of monopolies and intellectual property. Pharmaceutical corporations such as Pfizer are part of the group preparing the proposal, but governments and vaccine producers from developing countries have not been asked to join.

World-leading epidemiologists have warned that the continued spread of the virus could allow vaccine-resistant strains of Covid-19 to render our current vaccines ineffective within a year. SAGE, the independent public health advisory group which provides advice to the UK government, have also called for a patent waiver to address urgent supply issues.