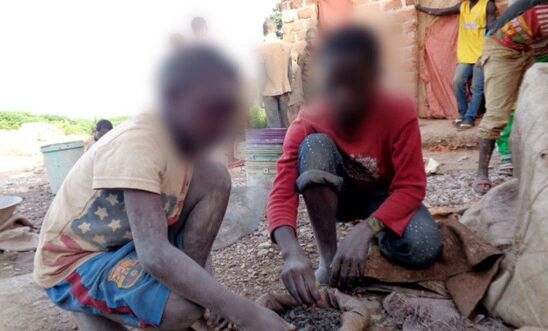 Amnesty International has published a new report advising governments and businesses how to avoid causing, contributing to or being directly linked to human rights abuses and environmental harm within the increasingly important battery industry.

Lithium-ion batteries that power electric vehicles and many electronic devices are widely considered essential for tackling climate change - but they also present a very real threat to the environment and come with the risk of contributing to human rights abuse.

In its new 16 -page report - ‘Powering Change: Principles for Businesses and Governments in the Battery Value Chain’ - Amnesty is calling on governments and businesses to work with environmental rights defenders and Indigenous communities to ensuring they are consulted and properly informed about planned operations and potential risks.

Manufacturers are also urged to design batteries according to maximum resource efficiency principles, including by using fewer materials and minerals, and by working towards 100% safely recycled content in batteries.

Amnesty’s report warns that the growing demand for “green” battery technologies poses new risks to the environment, including pollution of mining areas, damage to the ocean floor, and mounting waste due to inefficient design. In South America, evidence points to lithium extraction posing risks to Indigenous peoples’ water resources and fragile ecosystems.

Previous Amnesty research has also exposed how cobalt mined by children in the Democratic Republic of the Congo could be entering the supply chains of some of the world’s biggest electronic and electric vehicle brands.

So far, more than 25 organisations, such as AID Watch, Business and Human Rights Resource Centre and London Mining Network have signed up to the principles in the report which apply to a range of businesses involved in the industry - including the finance sector which is funding a vast expansion of green energy and battery technology through large 'ESG' funds.

Amnesty’s report also highlights the dangers of seabed mining, and calls on businesses and governments to proactively support a moratorium on the practice.  A recent Greenpeace report warned that ocean floors are being “carved up” despite serious concerns about the impact of mining on marine ecosystems. Greenpeace found that mineral exploration of the deep sea - a global commons - has been monopolised by a small number of corporations in the face of grave warnings from environmental scientists.

“This is a critical moment to rethink the way our economies and industries operate.

“While technologies like electric vehicles are essential for shifting away from fossil fuels, the battery revolution carries its own risks for human rights and the planet.

“We are calling on businesses at all stages of the battery supply chain to do their bit to ensure they are truly powering change.

“Governments must show leadership by supporting investments and energy solutions rooted in a just transition. Lack of respect for human rights should be a deal-breaker for any business involved in the battery industry - that means governments need to enforce environmental protection laws, investigate allegations of abuses, and make human rights due diligence a legal requirement.”