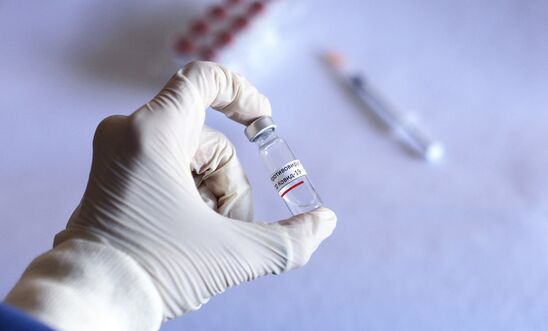 If current trends continue, it will take the world’s poorest countries until 2078 to vaccinate their populations © Carol Smiljan/NurPhoto

The self-interest of G7 countries is the biggest obstacle to ending the Covid-19 pandemic, a group of campaigning organisations, including Amnesty International, said today.

Ahead of the G7 Leaders’ Summit, the People’s Vaccine Alliance (PVA) warned that G7 promises to vaccinate the world by 2022 will be impossible to fulfil if governments continue blocking proposals to waive patents and share life-saving technology.

The UK alone has administered nearly twice as many jabs than the entire African continent, despite its population being 20 times smaller.

Of the G7 nations, only the US has explicitly supported waiving patents for vaccines -although Japan has said it will not oppose the moves if they are agreed. Germany and the UK continue to vehemently oppose the plan, despite its potential to massively increase vaccine production and save millions of lives, while Canada, Italy and France remain on the fence.

“The English county of Cornwall, where the G7 Summit takes place, has administered more vaccinations than 22 African countries combined. This is just one example of how the failure to fight pharma monopolies has created staggering inequalities in vaccine access. This unconscionable failure of global leadership must be rectified immediately.

“The path we are currently on does not benefit anybody. There is no way life can return to normal, anywhere, if people in just a handful of countries are vaccinated.  There will be no end in sight until rich countries stop hoarding vaccines, stop supporting pharma monopolies, and start facing up to their international obligations.”

“This week G7 leaders will talk about a global goal to vaccinate the whole world by the end of 2022.  But without commitments to waive intellectual property rules and share vaccine technology, this will simply not be possible.

“The G7 have a choice this week.  They can continue to defend the indefensible monopolies of pharmaceutical giants - or they can change course and save millions of lives.”

At the summit, leaders are expected to announce plans to share some surplus doses with poorer countries, but this falls far short of what is needed.

Not only do G7 countries refuse to waive patents, but they continue to stand in the way of sharing cutting-edge technology to support a massive increase in vaccine production.

Vaccine developers have received over $100 billion in public funding. To date, not a single vaccine developer has agreed to participate in the World Health Organisation’s Covid-19 Technology Access Pool (C-TAP), which was set up over a year ago to facilitate the sharing of intellectual property and technology.

Instead, firms including Moderna and Pfizer are reaping huge profits, and nine new vaccine billionaires have been created since the beginning of the pandemic.

“G7 leaders are currently making plans to start vaccinating teenagers. Meanwhile, the vaccine is not even on the horizon for many of the most at-risk groups in developing countries, including doctors and nurses who continue to risk their lives every day.

“G7 leaders have an opportunity to be on the side of the millions of people who desperately need vaccines. We're calling on the world's richest countries to put everyone's health above Big Pharma's bottom line.”

To make matters worse, the much-heralded COVAX initiative is in crisis too.

COVAX had distributed 77 million doses by the end of May, just a third of its target by that date. At its current rate of distribution, COVAX is on track to deliver just 250 million doses by the end of this year, equivalent to just 10% of the populations of poorer countries taking part. As a result, countries which relied on COVAX are rapidly running out of vaccines, and many people who received a first dose have no idea when or if they will receive a second one.

This supply crisis is partly due to COVAX’s failure to use its huge leverage to challenge pharmaceutical monopolies, and partly because of its overreliance on supply of AstraZeneca vaccines from India, which are now being prioritised for domestic use.

Donations from rich countries are urgently needed to help save COVAX, but they will not be enough on their own. The need for donations is a symptom of a broken system, where vaccines have been made artificially scarce and hugely expensive.

"Any indication that the G7 will continue to rely on the ‘voluntary’ agreement of pharmaceutical corporations to do the right thing, should be judged as naïve deference to corporations that are unelected, and who do not prioritise human rights and lives over profits.

"We have the power to end this pandemic - we have multiple, highly successful vaccines, and global mechanisms in place to deliver them.  All that stands between us and ending Covid-19 are politics, vested interested and profits based on patents."

A real solution to Covid-19

The PVA - a coalition of organisations including Amnesty International, Health Justice Initiative, Oxfam, Stop AIDS Campaign and UNAIDS - is calling for the immediate waiving of intellectual property, sharing of technology, and financing for manufacturing worldwide.  Alliance members have carried out detailed analysis that reveals that 8 billion doses could be produced in a year, for as little as $25 billion dollars.

The PVA is calling on G7 leaders to: