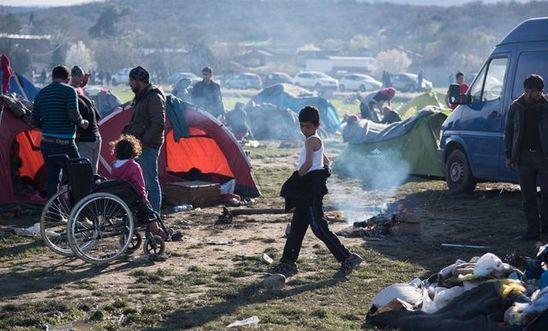 There are currently 27 countries in the world with regular programmes for resettling refugees. Only nine of them are in the G20. Amongst the G20 only Canada has shown genuine openness on resettlement, taking in 25,000 refugees from Syria since late 2015 and indicating it will take more.  Germany’s strong stance, accepting over a million refugees, was unmatched by other European members of the G20.

“The G20 declaration that the refugee ‘burden’ must be shared rings very hollow, since many G20 countries are not shouldering their fair share of the global responsibility for refugees and a UN summit later this month is doomed to fail to agree a deal. Less than half of the G20 currently resettles refugees on a regular basis.

“Right now many G20 countries are actively blocking global plans to share responsibility for the world’s refugees. In UN talks, instead of backing a proposed global solution to the refugee crisis, the European Union, Russia and China all decided to remain part of the problem, prioritising their narrow national interests and rejecting concrete measures. It appears that some G20 members are saying one thing in public and another behind closed doors.

“G20 countries need to do a lot more to help refugees before this statement can be seen as anything other than callous hypocrisy.”