France: leaked documents showing weapons use in Yemen should prompt halt to sales 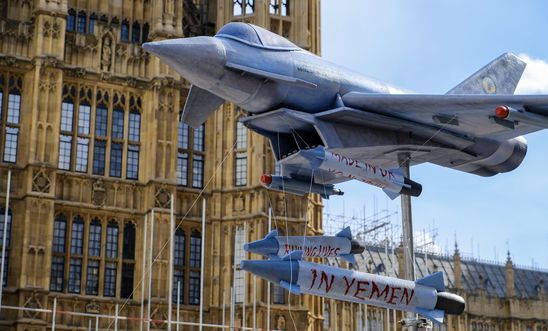 “These leaked documents provide clear evidence that French military equipment supplied to Saudi Arabia and the United Arab Emirates is being widely used in the conflict in Yemen.

“The information made public today should spur the French government to immediately suspend all arms transfers that could be used by any of the warring parties in Yemen.

“Amnesty International’s repeated calls on the French Ministry of Defence to be transparent about French arms transfers since the conflict began have fallen on deaf ears.

“Despite overwhelming evidence, Western arms supplied to the Saudi Arabia and UAE-led Coalition are being used to commit or facilitate possible war crimes and other serious violations of international humanitarian law in Yemen.”

A recent investigation by Amnesty analysing open-source information around the battle for Hodeidah identified how French-manufactured Leclerc tanks that had been transferred to the UAE were among the military equipment being used. According to open-source information, the UAE has diverted similar military equipment to unaccountable UAE-backed militias. Meanwhile, Amnesty has previously verified the use of French- supplied CAESAR truck-mounted Howitzers on the border between Saudi Arabia and Yemen.

According to the UN, in the past three months there has been a surge in hostilities in governorates bordering Saudi Arabia leading to an increase in civilian casualties and an influx of internally-displaced people. According to the Civilian Impact Monitoring Project, border districts in northern Yemen and areas in and around Hodeidah have been the most heavily impacted by daily artillery fire that has hit houses and farms. So far in 2019, shelling has caused some two-thirds of damage to civilian properties in Sa’da alone.

Amnesty has repeatedly called on the UK Government to suspend all arms sales to Saudi Arabia because of the clear risk that they will be used to carry out violations of international humanitarian law in Yemen. Since the conflict began four years ago, the UK has sold £5bn of arms to Saudi Arabia, including more than two dozen Eurofighter Typhoon war planes. Last month, Amnesty activists took a replica Typhoon plane to Parliament in protest at continuing arms sales to Riyadh, also handing in a 56,000-signature petition to the Secretary of State for International Trade Liam Fox. Last week, Amnesty International and two other organisations joined a fresh legal challenge to the UK’s continuing arms exports to Saudi Arabia, with Amnesty saying UK ministers were “signing a death warrant for the people of Yemen” through such sales.