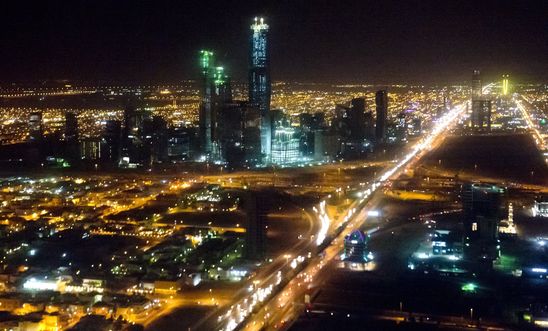 The Saudi Arabian Supreme Court’s decision to uphold the death sentences of 14 men after a grossly unfair mass trial is a worrying reminder of the country’s lethal crackdown on dissent, said Amnesty International today. The men, who were found guilty of protest-related crimes, now face imminent execution.

Samah Hadid, director of campaigns for the Middle-East at Amnesty international, said:

“By confirming these sentences, Saudi Arabia’s authorities have displayed their ruthless commitment to the use of the death penalty as a weapon to crush dissent and neutralise political opponents.

“King Salman’s signature is now all that stands between them and their execution. He must immediately quash these death sentences which are a result of sham court proceedings that brazenly flout international fair trial standards."

At least 66 people have been executed in Saudi Arabia since the start of 2017, including 26 in the past three weeks alone - more than one execution per day.

Now that their sentences have been upheld by the Supreme Court, the 14 men are at risk of execution as soon as the King ratifies their sentences. Due to the secrecy surrounding the Saudi Arabia judicial process, the families are given very little information, if any, about the current state of the case and usually not told about the scheduled execution of their relatives.

Yesterday, families of the 14 men learned that the death sentences were upheld after contacting the Specialized Criminal Court (SCC) and they fear that the executions will take place imminently. The 14 men were initially sentenced to death on 1 June 2016 by the SCC in Riyadh, following a grossly unfair mass trial. They were convicted of a range of charges that included “armed rebellion against the ruler” by, among other things “participating in shooting at security personnel, security vehicles”, “preparing and using Molotov Cocktail bombs”, “theft and armed robbery” and “inciting chaos, organizing and participating in riots”.

Court documents show that the 14 men told the court they were subjected to prolonged pre-trial detention and had been tortured and otherwise ill-treated during their interrogation to extract their “confessions”, however the judge failed to order investigations into their allegations. The SCC appears to have largely based its decision on these forced “confessions”.

Amnesty International has recorded a worrying increase in death sentences against political dissidents in Saudi Arabia since 2013, including the Shia Muslim minority.

Amnesty International also learned on 23 July this year that the SCC court of appeal has upheld the death sentences of 15 men accused of spying for Iran and the case was transferred to the Supreme Court on 20 July. The men were initially sentenced to death on 6 December 2016.

Amnesty International has documented the cases of at least 34 members of Saudi Arabia’s Shia community – making up 10 to 15 per cent of the population – who are currently facing the death penalty. All were accused of activities deemed a risk to national security.