EU: New measures on migration will have 'dire consequences' 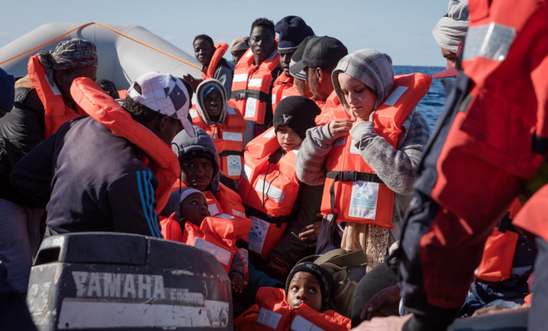 New report tomorrow on refugees forced back to Libya

“Pitched as a fresh start, this pact is, in reality, designed to heighten walls and strengthen fences. Rather than offering any new approach to facilitate bringing people to safety, this appears to be an attempt to rebrand a system which has been failing for years, with dire consequences.

“This pact will do nothing to alleviate the suffering of thousands of people stuck in camps on the Greek islands, or in detention centres in Libya. Nor will it provide the needed support to countries where people seeking safety first arrive.

“While the commitment to monitor abuses at the borders is welcome, this does not make up for the fact that the pact makes detention the norm and relies on deterrence, containment in camps and cooperation with abusive governments.

“European decision-makers must now improve these proposals by investing in people’s dignity and protection. They must develop an ambitious plan for safe and legal pathways, and ensure a humane and sustainable approach built to last.”

Tomorrow, Amnesty will publish a major new report showing how EU countries have collaborated with the Libyan authorities in the abuse of tens of thousands of refugees and migrants by forcing them back to Libya from the Mediterranean, with many enduring detention, torture and even death in squalid detention centres in Libya.