The EU must close all loopholes in the torture trade 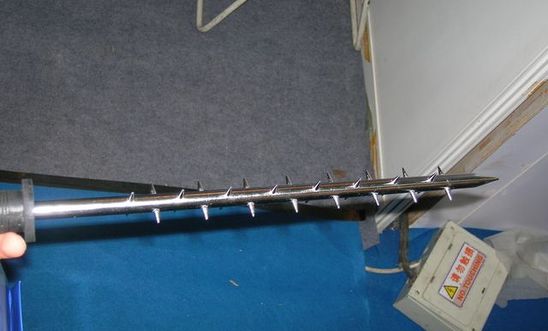 The European Union (EU) must urgently strengthen its laws to enable member states to ban the trade in new devices and technologies that have no practical use other than to torture, ill-treat or execute individuals, said Amnesty International and the Omega Research Foundation, as experts meet in Brussels today to strengthen current regulations.

The organisations are also calling on the EU to close current legal loopholes which effectively allow the promotion, brokering and provision of technical training in the use of devices and technologies that can easily be used by law enforcers for acts of torture or other cruel, inhuman or degrading treatment or punishment.

Amnesty and the Omega Foundation have identified specific loopholes which allow companies registered in the EU to:

“The recently reviewed European regulations against the trade in torture tools are ground-breaking and unique but loopholes remain.

“The range of already banned items comprises a veritable chamber of horrors: thumb-cuffs, restraint chairs, metal batons and even injection systems designed to administer lethal injections to name just a few. However, merely expanding the control lists every few years will not by itself enable the EU to immediately outlaw new torture technologies and devices.”

A new legally binding EU regulation adopted on 16 July expands the list of torture tools that must be banned and the list of security equipment that must be strictly controlled. Amongst the expanded range of goods that now cannot be exported by EU businesses or individuals are:

“This is an important first step in a long delayed overhaul of EU trade controls. The EU experts meeting today now have an opportunity to better protect people throughout the world from torture and death penalty technologies by closing specific known loopholes in EU law and ensure European companies are not complicit in the despicable abuses that these tools are used for.”

Experts are now further reviewing the trade mechanisms in the regulation, and will issue a proposal to the European Parliament and the European Council for consideration in the next three months.

Acts of torture or other ill-treatment has been reported in 141 countries in past five years, and in already this year at least 79 countries have carried out torture. Amnesty International is currently running a Stop Torture campaign.  For more information visit www.amnesty.org.uk/stoptorture

On 28-29 July, the Council of the EU Working Party of Trade Questions meet to consider, amongst other things, proposed amendments to the existing “Council Regulation (1236/2005) concerning trade in certain goods which could be used for capital punishment, torture or other cruel, inhuman or degrading treatment or punishment”. This enhances the first EU regulation introduced in June 2005 but EU officials are still discussing further changes to EU trade control mechanisms to prevent businesses in the EU from trading in equipment used for torture or the death penalty.

Council Regulation 1236/2005 in June 2005 resulted in the EU introducing unprecedented and binding trade controls regulation on a range of equipment which is often used in capital punishment, torture and other ill treatment (‘tools of torture’), but which has not usually been included by EU member states in their military, dual-use or strategic export control lists.