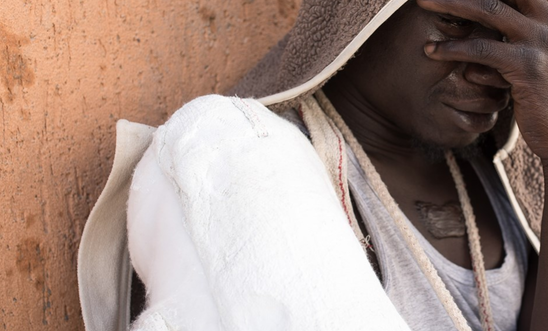 Shocking footage of a migrant slave auction in Libya released by CNN must serve as a wake-up call to European and African leaders that deals struck to prevent migrants and refugees from leaving Libya are exposing them to horrific human rights abuses, Amnesty International said today.

The statement comes ahead of a key meeting between the EU and the African Union (AU) that will take place on 29 and 30 November in Abidjan, Côte d'Ivoire.

“The footage of human beings being auctioned off by other human beings has shone fresh light on the horrific plight of those trapped in Libya. But none of the leaders meeting in Abidjan should feign surprise.

“For years, we have documented how refugees and migrants stuck in Libya are exposed to arbitrary detention, torture, killings, rape, extortion and exploitation.

“EU migration policy has increasingly prioritised preventing refugees and migrants from reaching Europe, in the full knowledge that doing so is facilitating the abuse of hundreds of thousands of women, men and children who are trapped en route.”

“By funding, equipping and instructing Libyan authorities responsible for serious human rights violations against refugees and migrants, EU countries, and Italy in particular, have become complicit in their abuse.

“European and African leaders must hold each other to account at the forthcoming Summit and reject any partnership that violates human rights. AU leaders need to draw the line, and push the EU and its member states to open more safe and legal routes for refugees and migrants.”

For more information visit: Ahead of the EU-AU summit Amnesty International issued a briefing to governments meeting in Abidjan