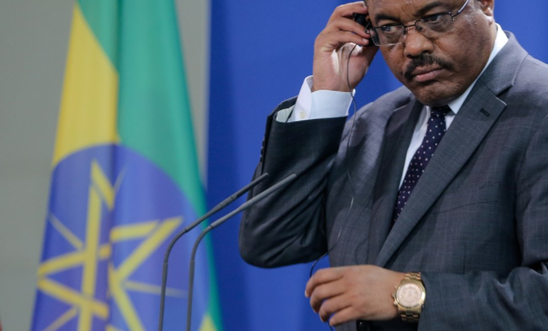 Responding to an announcement by Ethiopian Prime Minister Hailemariam Desalegn that all political prisoners in the country will be released and a notorious detention centre closed, Fisseha Tekle, Amnesty International's Ethiopia Researcher, said:

“Today’s announcement could signal the end of an era of bloody repression in Ethiopia. For prisoners who have spent years incarcerated on politically-motivated and trumped-up charges, this is long overdue.

“Most have been detained solely for peacefully exercising their human rights, and should never have been in jail in the first place.

“We are calling on the Ethiopian authorities to implement today’s decision as quickly as possible by immediately and unconditionally releasing them. The authorities should also repeal or substantially amend the repressive laws under which they were imprisoned, including the draconian Anti-Terrorism Proclamation.

“While plans to close the notorious Maekelawi detention centre are welcome, the closure must not be used to whitewash the horrifying events that have taken place there. For years, Maekelawi has essentially functioned as a torture chamber, used by the Ethiopian authorities to brutally interrogate anybody who dares to dissent, including peaceful protesters, journalists and opposition figures.

“A new chapter for human rights will only be possible if all allegations of torture and other ill-treatment are effectively investigated, and those responsible brought to justice. We are also calling for investigations into dozens of enforced disappearances that have taken place since 1991 – it is not enough to release some peaceful dissenters while the fate of many others remains unknown.”