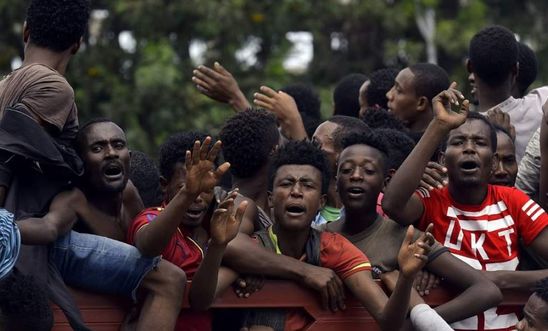 Ahead of tomorrow’s referendum on a separate state for Ethiopia’s Sidama ethnic group, Amnesty International is calling on the Ethiopian authorities to take all steps to ensure there is no repeat of the deadly violence that broke out when the referendum was postponed in July.

No official death toll has been published from the clashes in July when protests broke out, but Sidama activist groups put the figure at almost 170.

“The Ethiopian authorities must take all appropriate measures to ensure a peaceful vote, including preventing excessive use of force by the security forces. They must guarantee freedom of expression and peaceful assembly and ensure that the rights of members of minority ethnic groups in Sidama are fully protected.

“The referendum comes at an especially tense time when violence based on ethnic differences is breaking out all over the country and people are being killed simply for expressing their opinions.”

Campaigners are calling for a separate state for the Sidama ethnic group, which is currently part of the Southern Nations, Nationalities and People’s Region. The Ethiopian constitution requires the government to organise a referendum for any ethnic group that requests a separate state.