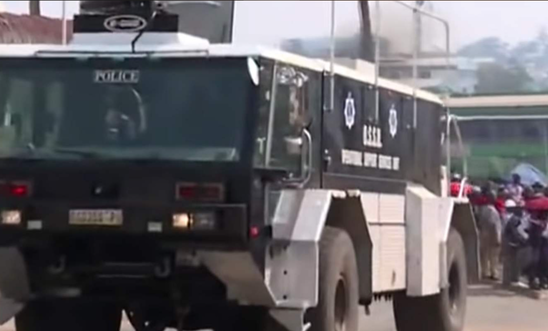 The government of Eswatini has launched a “full-frontal assault” on human rights in a crackdown on pro-democracy protesters which has seen dozens killed by the security forces, said Amnesty International.

Amnesty is aware of the names of more than 20 people who have been killed by state security forces, while at least six others who participated in protests are unaccounted for.

Some bodies at Dups Funeral Home and Crematorium, in the city of Manzini, have not yet been identified. More than 150 people have been hospitalised and are being treated for gunshot wounds in Manzini and the executive capital Mbabane. Hundreds of protesters have been detained and face criminal charges, including malicious damage to property. A prison capacity crisis is looming amid the Covid-19 pandemic.

While there have been acts of violence associated with the protests, the authorities have failed to act in a differentiated and proportionate manner. Instead, police and soldiers have used excessive force - including live ammunition - against protesters.

Protests erupted in the southern African country last month began following the unexplained death in May of 25-year-old law student, Thabani Nkomonye, allegedly at the hands of the police. His body was found in a field in the district of Nhlambeni, six miles outside Manzini. Protesters are demanding reform in a country where political activism has been suppressed for years.

Since protests began, human rights defenders and activists have been subjected to an orchestrated campaign of intimidation, including being placed under unlawful surveillance with state helicopters hovering over their homes.

Amnesty is calling on the Eswatini authorities to allow independent pathologists and medical doctors access to those who have been killed, and ensure they can conduct full medical examinations to ascertain the full circumstances surrrounding their deaths.

“The government of Eswatini has launched a full-frontal assault on human rights.

“Dozens of people have been killed for daring to demand that their government respects human rights, many of them human rights defenders and activists.

“The authorities must carry out a prompt, thorough, impartial, independent and transparent investigation into reports of use of excessive force.

“We are urging the authorities in Eswatini to end this escalating crackdown, and ensure that people can peacefully exercise their human rights - including by allowing them to freely express their opinions without fear of violent retaliation.”

Since the start of the protests, the Eswatini authorities have imposed a blackout on the internet. Amnesty is calling for an end to the telecommunication blackout, which is a brazen violation of the rights to freedom of expression and information.

Eswatini is the last absolute monarchy on the African continent. The authorities use repressive laws - including the 1938 Sedition and Subversive Activities Act, and the 2008 Suppression of Terrorism Act - to silence critics. For many years, journalists, human rights defenders and political activists have been jailed simply for speaking out against repression.