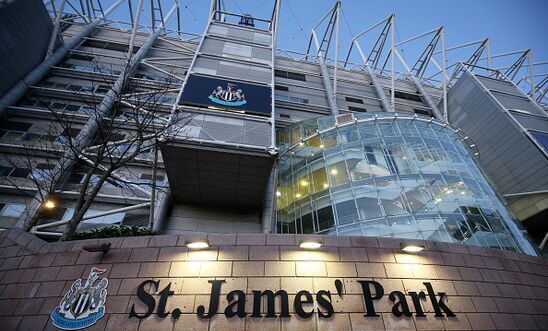 The meeting follows the controversial purchase of Newcastle United by the Saudi authorities. © Jack Thomas

“We’re obviously pleased that the Premier League is willing to talk about these proposals as a starting point for what we hope will be a process that leads to considerable strengthening of the rules on football governance.

“The current rules concerning who owns and runs English football clubs are woefully inadequate, with no bar on ownership for those complicit in acts of torture, slavery, human trafficking or even war crimes.

“The Saudi buyout of Newcastle United always looked like an attempt to sportswash Saudi Arabia’s appalling human rights record with the glamour and prestige of the Premier League and top-flight football.

“Under Mohammed bin Salman’s leadership, government critics and human rights defenders have been jailed, civilian deaths from Saudi bombing in Yemen have mounted inexorably, and the grotesque killing of Jamal Khashoggi has been subject to a whitewash.

“There is now huge disquiet over the cynical use of English football to sportswash human rights abuse.

“We’re keen to discuss with Richard Masters our ideas for a human rights-compliant Owners’ and Directors’ test which can help weed out unsuitable owners complicit in human rights violations, as well as reducing sportswashing and generally improving governance within the game.”

Earlier this month, Amnesty wrote to Richard Masters, chief executive of the English Premier League, offering to discuss proposed human rights changes to football’s Owners’ and Directors’ test after the controversial purchase of Newcastle United by a Saudi Arabia-backed consortium.

The deal appears to have relied on assurances that the Saudi Arabian government would not be involved in the running of Newcastle United, despite Saudi Arabia’s Public Investment Fund - the majority purchasers of the club - being directly chaired and controlled by Saudi Arabia’s Crown Prince, Mohammed bin Salman.

Under Mohammed bin Salman’s leadership, Saudi Arabia has experienced a major human rights crackdown, with government critics and human rights defenders arrested - including prominent women’s rights activists - tortured and put on trial. In October 2018, the journalist Jamal Khashoggi was murdered in the Saudi consulate in Istanbul, a killing which the UN has said was “overseen, planned and endorsed by high-level officials” of the Saudi state.