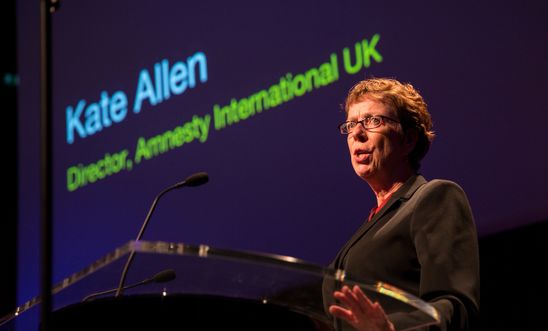 Responding to the news that Rita French has been appointed to the newly-created role as the UK’s Ambassador for Human Rights, Kate Allen, Director of Amnesty International UK, said:

“The appointment of Ambassador French is an encouraging one, especially if it helps make the UK’s human rights work more principled, consistent and robust.

“An immediate test will be ensuring the UN responds effectively to several shocking situations globally, as human rights defenders continue to come under increasing attack.

“Given the UK’s stated commitments to defending freedom of religion and belief, women’s rights and media freedom, we hope that China and Saudi Arabia are top of Ambassador French’s list of priorities.

“And while the UK has shown important leadership on Myanmar to date, it must continue to press for international justice for the Rohingya who have been treated so brutally at the hands of the military.

“The UK was also once a champion for human rights checks on arms deals, and we would like to see a return to support for the UN Arms Trade Treaty as a matter of urgency.”