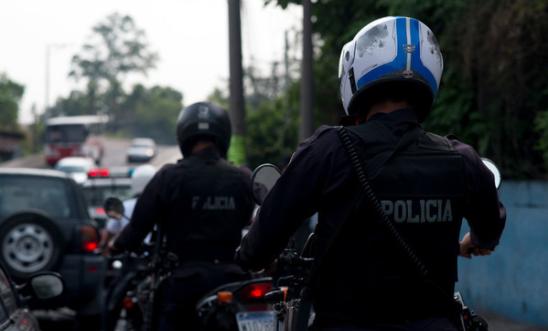 State of emergency imposed last month has been extended

‘The government must stop its hostile posturing’ - Erika Guevara-Rosas

Thirty days after El Salvador’s Legislative Assembly approved a state of emergency in response to reports of rising gang-related killings, and in light of the renewal of this measure, Erika Guevara-Rosas, Amnesty International’s Americas Director, said:

“Over the last 30 days, President Bukele’s government has trampled all over the rights of the Salvadoran people. From legal reforms that flout international standards, to mass arbitrary arrests and the ill treatment of detainees, Salvadoran authorities have created a perfect storm of human rights violations, which is now expected to continue with the extension of the emergency decree.

“In El Salvador today, children aged between 12 and 16 are subject to prison sentences of up to 10 years, people from poor and marginalised communities can be arbitrarily arrested without the right to legal defense, prisoners can be held without sufficient food or fresh air, and journalists can be jailed merely for reporting on gang-related activity.

“The government must stop its hostile posturing against civil society and the international community and take stock of the appalling effects its policies are having on human rights.

“We call upon the international community to help avert a nascent human rights crisis in El Salvador, and on authorities in the country to cease abuses and ensure independent investigations into human rights violations that have already occurred.”

On 27 March, El Salvador’s Legislative Assembly approved a state of emergency at the request of President Nayib Bukele, following reports of a spike in gang-related killings over the preceding weekend.

The emergency decree suspends certain fundamental rights – which, according to international law, should not be derogated under any circumstances – including the right to legal defense, and the right to be informed of the reasons behind a detention, among others.

On 30 March, the Legislative Assembly approved further measures, including the establishment of indefinite time periods for pretrial detention; the ability to try people accused of crimes in absentia – that is without their presence in court; the ability to sentence minors aged between 12 and 16 to up to 10 years in prison for gang-related crimes; and the establishment of prison sentences for those who “directly or indirectly benefit from relationships of any nature” with gangs – a vaguely worded provision that does not meet the requirements of international law. Other measures that do not comply with international standards were also approved.

On 5 April, the Legislative Assembly again approved concerning reforms to the country’s Criminal Code, establishing prison sentences for all those that reproduce content supposedly originated by gangs. This vaguely worded provision raised fears of censorship and criminalisation of journalists who report on gang-related violence in El Salvador.

According to President Bukele, as of 25 April – 30 days after the start of the state of emergency – at least 17,000 people had been arrested in the context of the measures.

Civil society and the families of those detained have reported arbitrary detentions by security forces.

Videos have also circulated purportedly showing ill treatment of the detained by security forces, such as a video in which a uniformed individual appears to be standing on the head of a subdued prisoner. This video was allegedly posted on the Twitter account of the National Police before being taken down. President Bukele has also made comments on Twitter suggesting that the detained would not receive full food rations or fresh air, in contravention of international standards.

According to media reports, at least four people have allegedly died in detention in the context of the state of emergency.

El Salvador’s government has openly attacked those criticising the measures, using social media to stigmatise civil society representatives and those pertaining to the international community.

The state of emergency was due to end on 25 April 2022 but was renewed by the Legislative Assembly for another 30-day period.