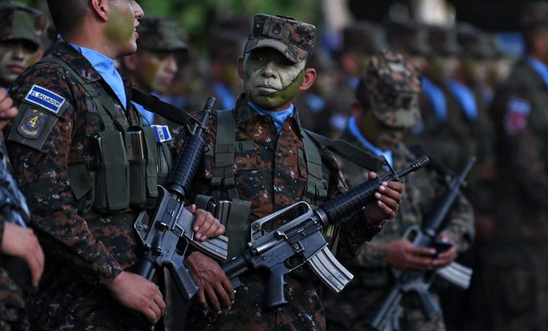 El Salvador has deployed armed police and military soldiers to its Legislative Assembly convened by the Council of Ministers of the Nayib Bukele administration.

“The ostentatious police and military deployment in the Legislative Assembly reminds us of the darkest times in El Salvador’s history and raises international alarm over the future of human rights in the country. President Nayib Bukele must safeguard the crucial legacy of the peace accords.

“The multiple reports of snipers stationed near the Legislative Assembly, the unnecessary military presence and the restrictions on press freedom could mark the beginning of a dangerous route for institutions and for human rights in the country.

“The government and the Legislative Assembly must ensure that their decisions are taken in accordance with national and international standards, without compromising the institutions that should protect the human rights of all people without distinction. The Salvadoran people do not deserve to relive years of tragedy and state abuses.”