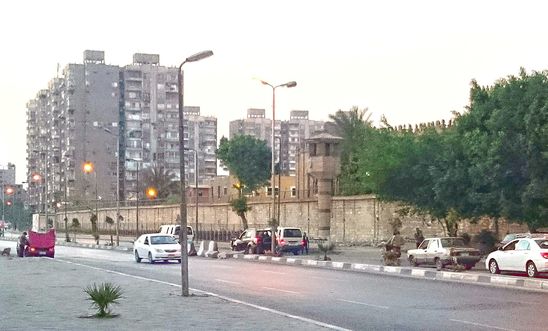 130 prisoners are six weeks into protest over denial of family visits and conditions in overcrowded, mosquito-infested cells where temperatures hit 40 degrees

The Egyptian authorities must immediately end cruel and inhumane detention conditions and allow regular family visits at Al-Aqrab maximum security prison in the town of Tora, where around 130 detainees have been on hunger strike for more than six weeks, said Amnesty International today.

Many of those on strike were arrested more than two years ago and have not been allowed a single visit from their families or lawyers.

The detainees are held in overcrowded, mosquito-infested cells which reach temperatures of over 40 degrees in the summer. Prison authorities have also denied detainees adequate healthcare, while also preventing them from receiving food or drinks from their families outside prison.

In response to the hunger strike, which began on 17 June, the authorities have subjected the detainees to beatings, electric shocks with Tasers and a range of disciplinary measures, according to a statement issued by detainees from prison. At least ten hunger-strikers have been blindfolded and transferred to special cells which they are not allowed to leave all day.

Family members also report being denied visits to their detained relatives. International standards require that detainees be allowed regular contact with their family members and prohibit the use of preventing family visits as a disciplinary measure. Several detainees had previously gone on hunger strikes in October 2017 and February 2018, ending their protest following assurances that they would be allowed family visits.

Amnesty is calling on the Egyptian authorities to fully investigate the alleged torture of hunger-striking detainees and bring those suspected of responsibility to justice. The authorities must also allow independent observers to visit Al-Aqrab prison in order to ensure that the conditions meet international standards concerning detention.

“The Egyptian authorities have pushed scores of detainees at Al-Aqrab to breaking point.

“The combination of squalid and inhumane detention conditions, and the denial of family visits and access to their lawyers - in some cases for over two years - has created an unbearable situation for detainees.

“There can be no justification for the cruel and inhumane treatment these detainees have endured.

“The Egyptian authorities must urgently ensure that all individuals in their custody receive adequate healthcare and food, and are held in sanitary conditions in properly-ventilated cells in accordance with international law.

“The numerous allegations of the torture and other ill-treatment of hunger strikers must be investigated, and officials suspected of responsibility must be brought to justice.”

According to court documents seen by Amnesty, before their referral to trial the majority of those on hunger strike were subjected to enforced disappearances for periods ranging from 11 to 155 days. Family members have also told Amnesty about how police and court security officials physically assaulted their relatives and hurled insults at them. Many also said that their relatives had suffered torture and other ill-treatment at the hands of National Security Agency officers.