Egypt: mother and baby were forcibly disappeared for two years 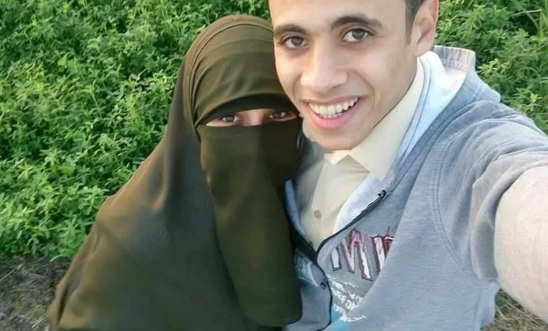 University lecturer snatched from her home in Alexandria in 2019, recently reappeared in court

Case shows ‘new level of brutality’ by the Egyptian authorities

The Egyptian authorities must fully investigate the two-year-long enforced disappearance of a university teacher and her baby son, as well as the ongoing disappearance of the woman’s husband, said Amnesty International today.

Amnesty is also urging the authorities to release the mother from abusive pre-trial detention.

Distressed relatives and lawyers have spent the last two years trying in vain to locate them. Despite a July 2019 court ruling ordering the Ministry of Interior to reveal their whereabouts, the ministry repeatedly denied having them in its custody.

Almost two years later - on 20 February 2021 - Manar Adel Abu el-Naga suddenly appeared before the Supreme State Security Prosecution, a prosecution branch responsible for investigating national security offences. She was questioned about her alleged “membership in a terrorist group” and “funding a terrorist group”, which she denies.

Security officials falsified Manar Adel Abu el-Naga’s arrest date and pressured her to say she was arrested two days before her appearance in front of the prosecution body. A lawyer attended her questioning but was forbidden from consulting her or examining her case file, and she was ordered to be detained for 15 days pending further investigations. According to lawyers and other informed sources, the case against her relies on secret National Security Agency investigations and two handwritten notes she denies writing. She was transferred to al-Qanater women’s prison and has not been allowed contact with her family.

Given the Egyptian authorities’ abuse of pre-trial detention to keep thousands of men and women in jail on unfounded terrorism charges for long periods, and the distressing circumstances surrounding the family’s enforced disappearance, Amnesty is calling for Mana Adel Abu el-Naga’s immediate release. Any statements she has made during her enforced disappearance must be excluded from legal proceedings against her.

The child’s father, Omar Abdelhamid Abu el-Naga, continues to be subjected to enforced disappearance, adding to fears for his safety. The Egyptian authorities must immediately reveal the truth about his fate and whereabouts.

Manar Adel Abu el-Naga’s son, al-Baraa, now nearly three, was handed over to relatives, whom he has not seen in nearly two years. He is reportedly experiencing severe mental anguish. He has apparently remained unbathed for a long period and has repeatedly said, “I want to go back to the room,” referring to the room where he had been held captive. On his Facebook page, the boy’s uncle described the devastating impact of his enforced disappearance on his mental health:

“A child who does not know his relatives and is afraid of them … he is only used to seeing people in uniform.”

“The Egyptian authorities have a long, grim record of forcibly disappearing and torturing people they consider government opponents or critics.

“However, seizing a young mother with her one-year-old baby and confining them in a room for 23 months outside the protection of the law and with no contact with the outside world, shows that their ongoing campaign to stamp out dissent and instil fear has reached a new level of brutality.

“The Egyptian authorities are adding to the catalogue of violations inflicted on Manar Adel Abu el-Naga and her family by separating her from her traumatised child, and denying her basic due process rights.

“There must be urgent, independent and effective investigations into these crimes with a view to bringing those responsible to justice in a fair trial and ensuring full reparation for the victims.”

Amnesty’s research over the past eight years has shown that the Egyptian security forces regularly subject real or perceived opponents and critics to enforced disappearance, sometimes for periods running into years.