Egypt: medics arrested for speaking out over COVID-19 failings 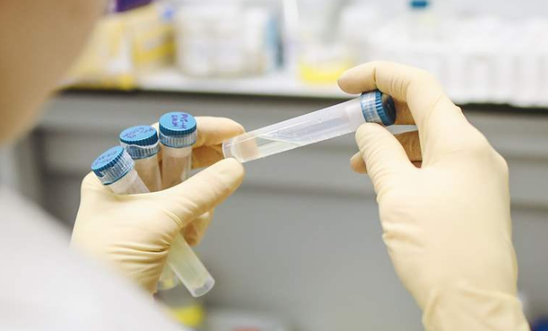 Six doctors and two pharmacists arrested, and medics transferred to quarantine hospitals for speaking out

The Egyptian authorities have been using “terrorism” and “spreading false news” charges to arrest healthcare workers who have spoken out over safety concerns during the country’s COVID-19 crisis, said Amnesty International.

Amnesty has also spoken to seven doctors who overheard threats made against colleagues who complained on social media. A source from Egypt’s Doctors Syndicate confirmed that doctors have been subjected to threats and interrogations by the NSA, and some health workers have expressed concerns for their safety after the threats.

Amnesty conducted 14 interviews with doctors, their relatives, lawyers and syndicate members. Some shared threatening voice messages received from hospital managers or local health officials. In one message, a doctor who had refused to work because of unsafe conditions is called a “traitorous soldier” who deserves to “suffer the most severe penalties”.

A letter signed by the North Sinai governor, seen by Amnesty, warns: “Any doctor or nurse who refuses to perform their work or is absent from work will be summoned by the National Security Agency.”

Sources from the Doctors Syndicate also told Amnesty that healthcare workers who speak out have been transferred to isolation hospitals where patients who have contracted COVID-19 are quarantined, or to hospitals in other governorates. This is especially concerning for doctors with pre-existing medical conditions or older doctors who are at greater risk.

Pharmacists have also faced abuse and harassment for criticising the authorities. In response to a complaint from eight pharmacists in relation to unsafe working conditions at Damanhour Medical National Institute, the hospital director transferred the eight to different governorates far from their homes and families.

The Doctors Syndicate has recorded the deaths of at least 68 frontline healthcare workers from COVID-19, with more than 400 testing positive for the virus since mid-February. This does not include doctors who died with COVID-19 symptoms but were not tested, and also excludes the death toll among nurses, dentists, pharmacists, technicians, delivery workers, cleaning staff and other essential healthcare workers.

“The Egyptian authorities are handling the COVID-19 crisis with their usual repressive tactics.

“Healthcare workers have to make an impossible choice: risk their lives or face prison if they dare to speak out.

“Amnesty is calling on the Egyptian authorities to put an immediate end to their campaign of harassment and intimidation against healthcare workers who are speaking out.”

On 28 March - the National Security Agency arrested Alaa Shaaban Hamida, a 26-year-old doctor, at the El Shatby University Hospital in Alexandria where she works, after a nurse used her phone to report a case of coronavirus to the health ministry’s hotline. According to Alaa’s statement during the investigation, the hospital director reported her to the NSA for going over his head to the ministry. NSA officers arrested Alaa Shaaban Hamida in the hospital director’s office. The doctor, who is pregnant, is currently held in pre-trial detention on charges of “membership in a terrorist group”, “spreading false news”, and “mis-using social media”.

On 10 April - security officers arrested an ophthalmologist, Hany Bakr, 36, at his home in Qalyubia, north of Cairo, for a Facebook post in which he criticised the government for sending medical aid to Italy and China.

On 27 May - a doctor was detained for writing an article criticising the government’s response to COVID-19, as well as structural shortcoming in Egypt’s health system. According to his family, four security officers raided his home, confiscated his phone and laptop, and asked him if he attended the burial of Walid Yehia who died after contracting the virus.

On 14 June - Egypt’s Doctors Syndicate released a statement warning that such detentions were creating “frustration and fear among doctors”.

Arrests for raising concerns about the health system in Egypt predate COVID-19. Last September, five doctors were arrested for launching the “Egypt’s doctors are angry” campaign calling for reforms. While four of the doctors were subsequently released, dentist Ahmad al-Daydamouny is still behind bars for views he expressed online about poor remuneration and working conditions.