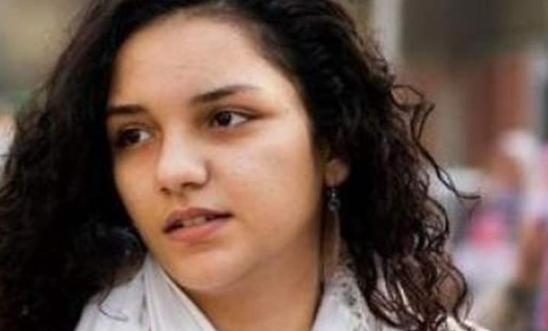 Along with her mother and sister, was attacked by mob with connivance of police

“Today’s verdict is yet another crushing blow for the right to freedom of expression in Egypt.

“The Egyptian authorities have yet again demonstrated their unrelenting intent to punish any criticism of their dismal human rights record.

“The Egyptian authorities must immediately release Sanaa Seif and urgently open an investigation into the violent assault on her and her family, including the complicity of security forces in the attack.”

Sanaa Seif was seized in broad daylight on 23 June 2020 by unidentified security forces, without a warrant, from outside the Public Prosecutor’s Office where she was intending to file a complaint about an assault she suffered the previous day.

On 22 June, Seif had been outside the Tora Prison Complex in Cairo, waiting to receive a letter from her arbitrarily-detained brother, the activist Alaa Abdel Fattah. Her mother, Laila Soueif, and her sister, Mona Seif, were with her. A group of women approached the family and beat them with sticks, tore their clothes, dragged them to the ground and stole some of their belongings. One policeman reportedly pushed Laila Soueif towards the assailants. The assault left visible marks on the women’s bodies, as shown by photos examined by Amnesty.

Amnesty has also examined Seif’s arrest order and found that it includes fabricated information, claiming she was arrested at a checkpoint and was shown an arrest warrant. To date, the Egyptian authorities have failed to investigate the legality of either her arrest or the attack against her family.

Sanaa Seif was convicted on charges of “disseminating false news”, “misuse of social media” and insulting a police officer on duty. The latter charge relates to a verbal altercation with a police officer when he pushed her mother on the day of the assault and her relaying of the incident on social media.

Amnesty has reviewed the evidence against Seif - including comments posted online about the 22 June attack - and found the criticism she expressed did not amount to advocacy of hatred constituting incitement to discrimination, hostility or violence. Under international law, “insult” is not a recognisable offence and does not justify limitations on freedom of expression.

Seif has been critical of the authorities’ mishandling of COVID-19 outbreaks in Egypt’s overcrowded and unhygienic prisons, and has been calling for the release of those arbitrarily detained, including her brother Alaa Abdel Fattah.

Since 2014, Seif has been jailed in relation to two other cases where she has exercised her rights to freedom of peaceful assembly and expression.