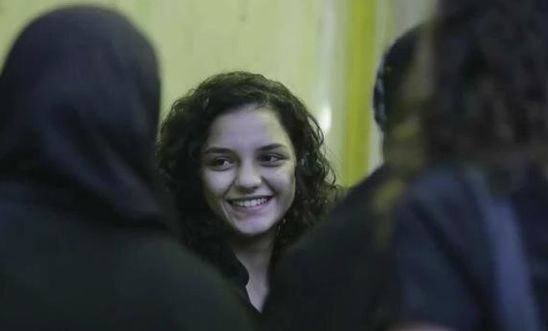 Egyptian human rights activist Sanaa Seif was detained today outside the Public Prosecutor’s office in New Cairo, where she was waiting to file a complaint after suffering a violent assault. Amnesty International is calling for her immediate release and an end to the “relentless harassment” of her and her family.

Sanaa Seif was taken to the office in Cairo of the Supreme State Security Prosecution, a branch of the Public Prosecution specialised in investigating national security threats. Family and supporters gathered outside the office learnt that prosecutors had questioned her over the charges of “disseminating false news”, “inciting terrorist crimes” and “misuse of social media.”

Sanaa Seif’s brother, activist Alaa Abdel Fatah, has also been in arbitrary detention since September 2019.  Yesterday, Sanaa Seif, her mother and sister were waiting outside the Tora Prison Complex to receive a letter from him when they were beaten and robbed by a group of women armed with sticks, in full view of security forces.

“Sanaa Seif and her family have suffered years of harassment and intimidation for their human rights activism, but the events of the past two days mark another new low.

“That she was taken from right outside the Public Prosecutor’s office shows just how brazen the Egyptian security forces have become.

“The Public Prosecutor now has a choice: either to uphold the law and investigate the attacks against Sanaa Seif and her family, including the role of the security forces in yesterday’s assault, or to be complicit with the security forces in targeting Sanaa Seif and her family simply for questioning her brother’s arbitrary detention and inquiring about his health amid a pandemic.”