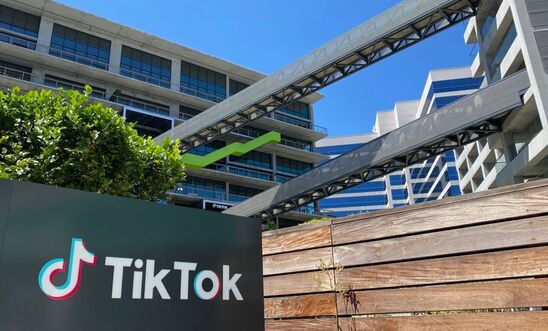 The Egyptian authorities must immediately end their crackdown on women TikTok users being prosecuted on absurd charges of “indecency” and "violating family principles and values", Amnesty International said today.

Since April, Egyptian authorities have arrested 10 women TikTok ‘influencers’ and put them on trial as authorities’ use increasingly repressive tactics to control online conduct.

Those prosecuted all have large followings on social media, ranging from hundreds of thousands to several million. Four of the women were sentenced to prison terms ranging between two and three years and issued with heavy fines, while six more are awaiting trial.

According to case files, verdicts and lawyers' testimonies reviewed by Amnesty, the women are being punished for the way they dress, act, ‘influence’ the public on social media, and earn money online.

On 29 April, shortly after the first arrests of TikTok influencers, the public prosecution issued a statement "reaffirm[ing] its commitment to continue fighting shameful crimes violating the principles and values of our society", and warned again on 2 May that Egypt was protecting the “new cyber border…abused by forces of evil".

"Instead of policing women online, the government must prioritise investigating the widespread cases of sexual and gender-based violence against women and girls in Egypt.

“Criminalising women for exercising these rights doesn’t only contravene international law, but also perpetuates a culture of inequality and violence against women.

“The Egyptian authorities must immediately and unconditionally release all the women TikTok influencers and drop the outrageous charges against them.“

Their appeal dates are scheduled in the coming weeks. Six other women are awaiting trial on similar charges. Their arrests followed complaints by men reportedly outraged by their behaviour, and investigations by the Morality Directorate of the Ministry Of Interior.

The courts used a photo of belly dancer Sama el-Masry in a swimsuit as evidence to convict her for publishing videos and photos "showing her charms" and for making "sexually suggestive expressions and movements".

Manar Samy's lawyer told Amnesty that her arrest warrant was based on a complaint filed by another lawyer describing her dancing videos as "indecent" and aiming to “attract attention and earn money”.

Hanin Hossam’s verdict shows that she was reprimanded for gaining "popularity on social media platforms and influencing young girls”. She also faces separate charges of involvement in "human trafficking" in relation to an Instagram video, in which she encouraged women over 18 to post videos of themselves on the app Likee that is monetized based on the number of viewers. Amnesty reviewed the video and found no credible evidence linking her to any internationally-recognisable crime.

Menna Abdelaziz, 18, went live on Instagram on 22 May to appeal for help, saying she had been raped, beaten, and filmed without her consent.

Amnesty learnt that she had earlier tried to report the crime at the Talbiya police station in Cairo, but officers referred her to another police station as the incident had taken place in a different jurisdiction.

On 26 May, security forces arrested Menna Abdelaziz and six men accused of assaulting her. According to her lawyer, prosecutors interrogated her for nearly eight hours and relied on the defendants' statements to accuse her of “violating family principles and values" and "inciting debauchery”.

Prosecutors said survivors of sexual violence were at fault for “sharing” their accounts of “indecent assault” publicly, instead of reporting them privately to security forces.

Menna Abdelaziz is now at a government shelter for survivors of violence, where she remains under investigation.

Lynn Maalouf said: "Prosecuting a victim of sexual assault who publicly pleads for help is a shocking injustice that risks discouraging other women from speaking out and reporting such cases.

“Instead, authorities must ensure that women who have suffered sexual assault can access adequate and timely remedies including access to medical care and psychological counselling, and must undertake thorough and impartial investigations into the crimes against them.”

Egyptian women’s human rights defenders have been calling for comprehensive reforms in law and practice for years to address sexual and gender-based violence, including guaranteeing confidentiality and safety of survivors and witnesses to encourage them to report sexual violence.

On 8 July, the Egyptian cabinet approved a procedural amendment allowing prosecutors to conceal survivors' identities and personal information from their case files in cases of sexual violence.