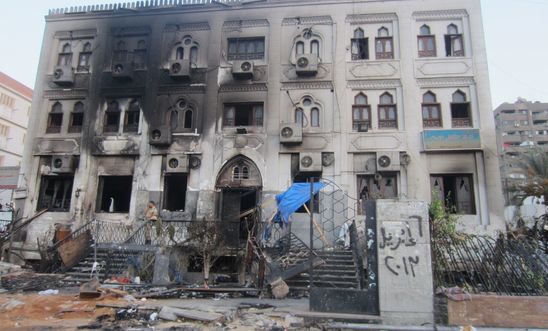 Egyptian authorities today hanged three prisoners convicted of killing a police officer during clashes that erupted in the weeks following the deadly Rabaa massacre. The executions have brought the total number of executions in Egypt to six in two weeks.

“These executions, which come just days after three other people were put to death in separate cases, mark an alarming escalation in executions so far this year.

“The death penalty is the ultimate cruel, inhuman and degrading punishment and its use is appalling under any circumstances, but it is even more so given that all six execution victims were sentenced based on confessions they said were extracted under torture.

“The shocking flaws in Egypt’s justice system have seen hundreds sentenced to death after grossly unfair trials in recent years.

“The Egyptian authorities should stop all further executions and immediately establish an official moratorium on executions with a view to abolishing the death penalty completely.”

Today (13 February), the Egyptian authorities executed three people who were convicted of killing a police officer in Kerdasa, Giza, on 19 September 2013. One of the three men convicted was forcibly disappeared for three days before appearing before a prosecutor and being charged. The lawyers of all the defendants claimed that the men were tortured into confessing to the murder.

Last Thursday (7 February), the Egyptian authorities executed three men who had been sentenced to death following the killing of a judge’s son in the town of Mansoura in 2014. The men said they had been tortured into confessing to the crime.

Amnesty opposes the death penalty in all cases without exception - regardless of who is accused, the nature or circumstances of the crime, or method of execution.