Ed Sheeran to play the largest global festival ever held....in a living room 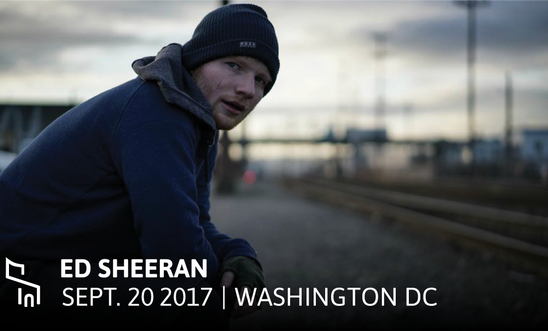 With just two months to go, Amnesty International and Sofar Sounds have announced that Ed Sheeran ​is delighted to play in their global concert series Give a Home for Human Rights​. Taking place in cities all over the world on 20 September, Sheeran’s announcement comes just ahead of the next bulk of additional major artists to be announced in early August.

"We all deserve a home, not just the memory of one. That’s why I’m proud to join Amnesty International and Sofar’s Give a Home for Human Rights campaign in raising awareness for the global refugee crisis and funds for Amnesty’s important work."

Give a Home​ for Human Rights will see music fans around the world open up their homes to host intimate concerts in more than 60 countries worldwide. The aim of the mass day of concerts is to unite people in showing solidarity with refugees. The locations of the gigs will be kept secret until closer to the day.

Sheeran will play a Give a Home​ for Human Rights gig in Washington D.C., USA. Playing alongside him will be Jean-Jean Bashengezi (‘JAJA’), a guitarist, singer and refugee who now lives in Washington. Bashengezi’s music draws influence from his roots in the Democratic Republic of Congo. He was forced to flee in 1994 when his country descended into deadly conflict following the Rwandan genocide.

Give a Home for Human Rights

The concert series is a collaboration between Amnesty, the world’s largest human rights organization, and Sofar Sounds, a London-based company that specializes in throwing secret concerts in people’s homes all over the world.

More than 300 events are lined up to take place all on one day. Each event will feature performances from two to three music artists, as part of Amnesty’s global 'I Welcome' campaign focusing on the on-going refugee crisis.

Give a Home for Human Rights is supported by VICE and Facebook Live, who will be live-streaming and promoting the concerts globally.

Fans have until 10 September to apply for tickets through sofarsounds.com/giveahome.

From the site, people will be able to select their city and the event of their choice to be in with a chance of winning two tickets. They will have the option of making a donation when applying for tickets.

The funds raised by the project will support Amnesty International’s work in documenting human rights abuses and violations against refugees and pushing governments to find a sustainable solution to the refugee crisis.

Amnesty’s ‘I Welcome’ campaign calls for a better international response to the global refugee crisis by governments sharing responsibility for hosting and assisting refugees. The campaign also encourages local communities to work together to create a more welcoming environment for people fleeing conflict and persecution.