DRC: government must deliver on pledge to end child mining labour by 2025 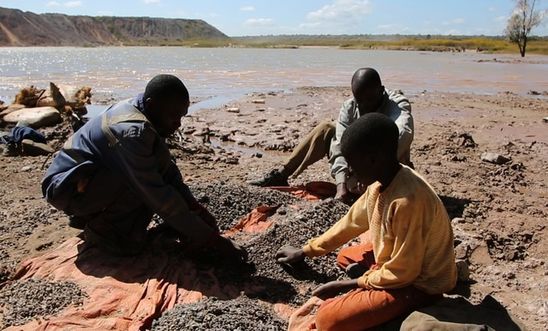 For the first time, the DRC has acknowledged that children are working in artisanal cobalt mines

In response to the commitment made this week by the government of the Democratic Republic of Congo (DRC) to eliminate child labour in the mining sector by 2025, Seema Joshi, Head of Business and Human Rights at Amnesty International, said:

“This commitment could mark a significant step on the road towards eradicating the scourge of children as young as seven working in the mines of the DRC.

“If delivered, it means future generations of Congolese children won’t spend their childhoods mining materials for our smartphones and electric cars, in dark, dirty and dangerous conditions.

“The government’s strategy responds directly to findings uncovered by Amnesty International and, for the first time, they have acknowledged that children are working in artisanal cobalt mines.

“These are encouraging developments, but the key now is implementation. Previous government promises on tackling child labour have come to nothing. We’ll be watching very closely to ensure this latest commitment isn’t another false dawn for children in the DRC.”

The announcement of the government’s new strategy on child labour was made by Minister of State for Employment, Labour and Social Welfare, Lambert Matuku Memas. He made the announcement at a workshop, held in Kinshasa on 30-31 August, in which the DRC government launched a new national strategy to remove children working in artisanal mining.

It is not known how many children work in mining in the DRC, but UNICEF estimated in 2014 that approximately 40,000 children worked in mines across southern DRC.

Amnesty’s 2016 report on the use of child labour in cobalt mines in the DRC, written in partnership with Afrewatch, is available here: This is what we die for: Human rights abuses in the Democratic Republic of the Congo power the global trade in cobalt. At this week’s workshop, the DRC government pledged to progressively implement all the recommendations listed in the report.

Cobalt is a vital component in the Lithium-Ion batteries that power most electronic gadgets and electric vehicles. More than half of the world’s cobalt is mined in the DRC.