Director of Amnesty International Turkey must be released from incommunicado detention 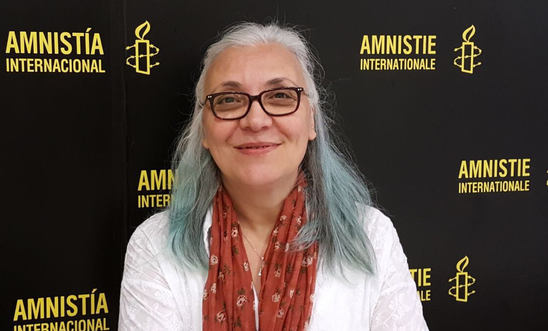 Responding to the news that Idil Eser, Director of Amnesty International Turkey, was detained on Wednesday along with seven other human rights defenders and two trainers during a digital security and information management workshop in Büyükada, Istanbul, Salil Shetty, Amnesty International’s Secretary General, said:

'We are profoundly disturbed and outraged that some of Turkey’s leading human rights defenders, including the Director of Amnesty International Turkey, should have been detained so blatantly without cause.

'Her incommunicado detention, and that of the other human rights defenders attending a routine training event, is a grotesque abuse of power and highlights the precarious situation facing human rights activists in the country. Idil Eser and those detained with her, must be immediately and unconditionally released.

'World leaders currently sitting in Hamburg have been remarkably tolerant of Turkey’s human rights meltdown. With President Erdoğan now in their midst, this would be a good time to speak out firmly and call for the release of all human rights defenders currently behind bars.'

The whereabouts of Idil Eser and the others detained alongside her, are currently unknown. They are understood to have been denied access to lawyers, which police are entitled to do for 24 hours, and the right to contact a family member, which must be granted immediately.

Police have told lawyers that they will be given information at 2.30pm today.

Two foreign trainers – a German and a Swedish national – as well as the hotel owner, were also detained.

These detentions come less than a month after Amnesty International’s Turkey chair, Taner Kiliç, was remanded in prison custody on baseless charges.