Democratic Republic of the Congo: deaths of two UN experts must be fully investigated 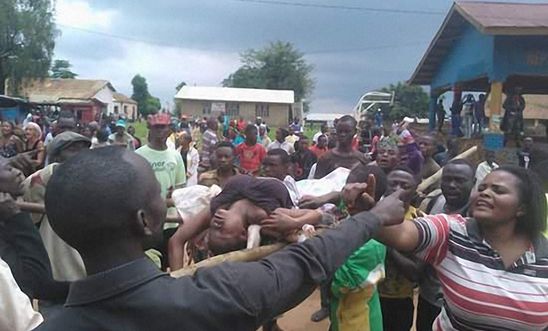 In response to the killing of two UN experts in Kasai Province, Democratic Republic of the Congo (DRC), Muthoni Wanyeki, Amnesty International’s Regional Director for East Africa, the Horn and the Great Lakes, said:

“These deaths should not be in vain, but serve as a reminder of the urgent need to end the violence in Kasai Province that has so far claimed more than 400 lives and which the two UN officials lost their lives trying to shed a light on.

“The DRC government must also investigate the killings itself, while facilitating the UN’s own investigation, and ensure that those responsible are held to account.

“It must also continue to search for the interpreter and three motorcycle taxi drivers who were kidnapped with them, and remain unaccounted for.”

The remains of the two UN experts - Michael Sharp, a US national, and Zaida Catalan of Sweden - were found on 27 March, two weeks after they were kidnapped.

The DRC authorities have blamed the killings on the Kamuina Nsapu armed group which has committed numerous human rights abuses against civilians in the context of clashes with the DRC armed forces since its leader was killed by security forces six months ago.