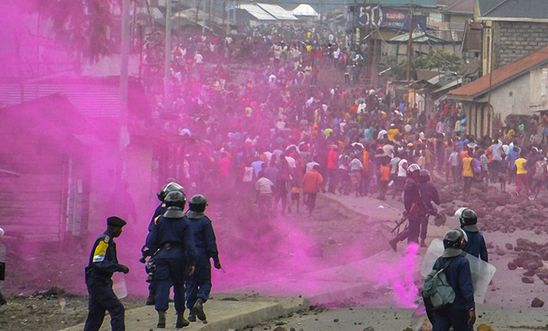 In response to a Democratic Republic of Congo government order to block the sharing of images on social media websites in the country, Jean-Mobert Senga, Amnesty International’s DRC researcher, said:

“The order for internet companies to take ‘technical measures’ to limit social media use is an appalling attack on everyone’s right to share and receive information.

“Most worryingly, it comes amid a worsening political crisis where the risk of human rights violations and abuses - and therefore the importance of social media as a documentation tool - is high.

“This move is the latest in a series of attacks on freedom of expression in the DRC, including the closure of several media outlets and the harassment of Congolese and international journalists.

Yesterday, the president of the DRC telecommunications authority sent a letter to telecoms companies that provide internet services in the country. It read:

“To prevent abusive sharing of images through social media between clients of your network, I ask you to take the necessary technical measures to restrict the capacity to transfer images to the bare minimum.”

The order came ahead of a two-day nationwide general strike called by the main opposition party, which is demanding the publication of the electoral calendar.