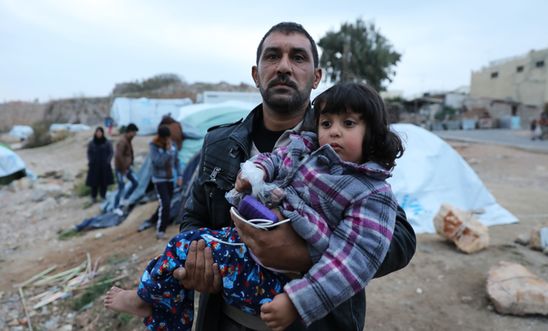 A declaration by the Court of Justice of the European Union that it does not have jurisdiction over the EU-Turkey refugee deal has exposed EU attempts to sidestep scrutiny and accountability, Amnesty International said today.

The Court said that the deal - aimed at returning asylum seekers to Turkey - was made by EU governments acting in their national capacities. As such, it was not an act of an EU institution, meaning the Court considered that it lacked jurisdiction to review it.

“There is something very wrong when EU leaders negotiate a deal at an EU summit, publicise it as an EU deal and use EU resources to implement it, but then claim it has nothing to do with the EU in order to avoid judicial scrutiny.

“The deceit involved in the EU-Turkey deal just keeps growing: first EU leaders pretend that Turkey is a safe country to return refugees to, then they wash their hands of all involvement when this deeply flawed deal comes under the microscope. Shifting the blame will not change the fact that this deal has brought suffering to thousands of refugees and migrants, and there is an urgent need for it to be reviewed.”