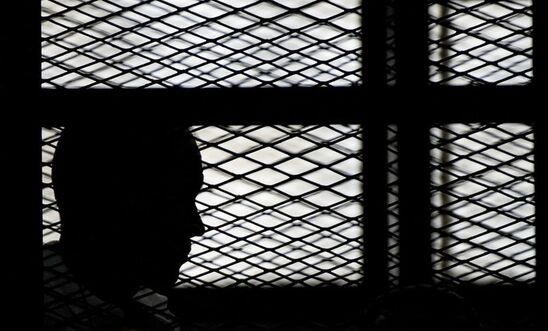 In many countries, prisons have resorted to excessive and abusive confinement

Prisoners have been forgotten during the COVID-19 pandemic, with control measures leading to serious human rights violations in prisons around the world, according to a new report from Amnesty International

The report, Forgotten Behind Bars: COVID-19 and Prisons, warns that with more than 11 million people imprisoned globally, prisons risk becoming hotbeds for the virus.

Amnesty is calling for the millions of people languishing in overcrowded cells to be included in national vaccination rollouts.

Many inmates struggle to access soap, proper sanitation, or personal protective equipment (PPE), while physical distancing is difficult or impossible, and only limited healthcare is available.

“As COVID-19 continues to rip through prisons across the world, measures introduced by governments to prevent the spread of the disease have led to human rights violations, including the use of excessive solitary confinement to aid social distancing and inadequate measures to reduce the detrimental effects of isolation.

“Prisons are some of the most at-risk settings for COVID-19 outbreaks and we cannot neglect the right to health of people in prisons any longer. Lack of clarity about vaccination plans, policies and treatment of incarcerated populations is a pressing, global concern. As vaccine roll-out strategies take shape, a failure to prioritise the health of people in detention will have catastrophic consequences for prisoners, their families and the public health care system.

“No matter who you are, or where you are, people deserve access to face masks, adequate quantities of soap, sanitising items and clean running water. In prisons especially, PPE needs to be provided free of charge and governments need to increase access to COVID-19 testing and treatments to prevent and manage potential outbreaks.”

The full scale of COVID-19 infections and related deaths in prisons is hard to assess as many governments have consistently failed to publicly provide up-to-date, reliable information. However, available data points to worrying patterns of COVID-19 infections in prisons across the world. And as vaccine roll-out strategies and plans take shape, many governments remain silent on their plans to vaccinate prisoners who are at highest risk.

Overcrowding is widely recognised as one of the most serious problems facing prison systems today. Around 102 countries have reported prison occupancy levels of over 110%, with a significant proportion of prisoners charged with, or convicted of, non-violent crimes.

Though steps have been taken to release eligible prisoners, Amnesty’s research indicates that current release rates are insufficient to address the huge risk posed by the virus.

Many countries with dangerously high levels of prison overcrowding - such as Bulgaria, Egypt, the Democratic Republic of the Congo and Nepal - have failed to address concerns over COVID-19 outbreaks. In other countries, such as Iran and Turkey, hundreds of prisoners detained arbitrarily, including human rights defenders, were excluded from COVID-19-related releases.

COVID-19 has also laid bare the years of underinvestment and neglect of health services in prisons. Many countries have been unable or unwilling to cope with the increased need for preventive health measures and medical services for prisoners. During the early stages of the pandemic, Amnesty found prisoners in many countries were unable to get a COVID-19 test due to shortages, while some detainees in Iran and Turkey were arbitrarily denied medical treatment.

Countries including the USA, France, Cambodia, Pakistan, Sri Lanka, and Togo were also unable to put in place adequate preventive and protective measures in prisons to curb the spread of COVID-19.

Many countries have resorted to dangerous measures including excessive and abusive confinement and quarantining measures to tackle the COVID-19 crisis, leading to serious human rights violations. In Argentina and the UK, detainees were put in isolation for up to 23 hours per day, often for weeks or months at a time.

Some COVID-19-related lockdown measures in prisons also impacted family visits, increasing the risks to detainees’ mental and physical wellbeing. In some instances, these sparked widespread protests and unrest in prisons, to which the authorities often responded with excessive force.

Prioritising vaccination of people in detention

At least 71 countries have now put in place a vaccination policy for at least one clinically vulnerable group. While some of these countries have included prison populations and staff among the priority groups to receive vaccines, Amnesty’s research found that many others, including higher-income countries, are either silent or remain unclear on their plans.

Amnesty, as part of its wider ‘Fair Shot’ vaccine campaign, is calling on states not to discriminate against those held in detention when developing vaccination policies and plans. It also urges countries to prioritise prisoners in national vaccination plans, particularly given that their confined conditions do not allow them to physically distance, and ensure that those at particularly high risk of COVID-19 - such as older prisoners and those with chronic health conditions - are prioritised for vaccination with comparative groups in the general population.