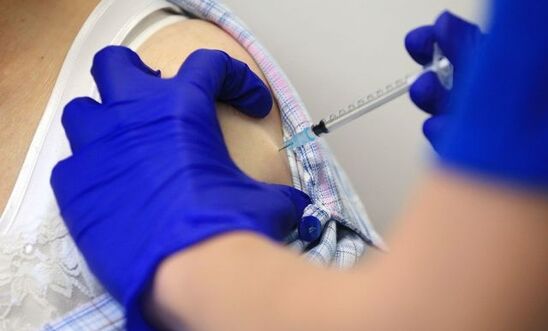 Exposed: misleading Pfizer claims that one billion Covid-19 doses will be distributed to ‘low and middle-income nations’

In a letter to Amnesty, Pfizer admits that less than 10% of doses have been shipped to low-income countries

Pharmaceutical giant Pfizer is making misleading statements about its commitment to vaccine fairness, as it continues to supply the majority of its life saving Covid-19 doses to wealthy nations, Amnesty International said today.

In a new briefing*, Amnesty found that Pfizer, which recently said it expects to earn US$36 billion in vaccine sales this year alone, has distorted reality to benefit its corporate image. The company is claiming to prioritise fair distribution of its vaccine and purporting to commit to sharing its scientific tools and insights – when the truth is very different.

Pfizer’s executives have repeatedly claimed that by the end of the year the US-based multinational will have supplied at least one billion doses to “low and middle-income nations”. However, this language is misleading.

The World Bank classifies economies for analytical purposes into four income groups: low, lower-middle, upper-middle, and high income. However, in its statements, Pfizer has amalgamated low, lower-middle, and upper-middle countries – over 84% of the global population - into one group and referred to them as “low and middle-income”. Within this very broad category, the bulk of Pfizer’s doses have in fact been going to “upper-middle” income countries such as Malaysia, Mexico and Thailand.

Pfizer said it had shipped a total of two billion doses by the end of September. In a letter to Amnesty in November, the company admitted that of these, only 154 million doses - less than 8 percent of its total - had reached 42 low- and lower-middle-income countries. Pfizer said it had distributed less than 10 percent of these (i.e. 15.4 million) to low- income countries.

“We’re still in the middle of an unprecedented global health and human rights crisis and it is essential that all countries of the world have access to vaccines as soon as possible.

“Pfizer says it is committed to supplying doses to low and middle-income countries, but the numbers just don’t bear this out. The fact is that this company is still putting profits first.

“As much as these companies might want to massage the facts, the numbers are crystal clear – they are still supplying the majority of their doses to richer parts of the world.”

Misleading claim to be committed to sharing scientific insights

Pfizer’s claims to have “committed to sharing our scientific tools and insights”, starkly contrasts with the fact that the company has failed to join the Covid-19 Technology Access Pool (CTAP), which was established to pool data and knowledge, and is not participating in the WHO’s mRNA vaccine Technology Transfer hub in South Africa, greatly delaying the development of production sites in Africa. According to the WHO, only 4.4% of the continent’s population have been fully vaccinated and its population is in grave need of access to life-saving vaccines.

Pfizer has also actively lobbied against the World Trade Organization’s TRIPS Waiver which would temporarily lift intellectual property rights, allowing for expansion of the world’s manufacturing capacity of Covid-19 vaccines.

Misleading claim to be self-funded

Furthermore, despite claims that Pfizer’s development and manufacturing costs relating to the Covid-19 vaccine are entirely self-funded, the company has benefited from pre-orders from some of the world’s richest countries, as well as the large government support received by its German partner BioNTech.

Failings of other Covid-19 vaccine manufacturers

Pfizer is not alone in these failures. The other European and US-based Covid-19 vaccine manufacturers, BioNTech, Moderna, Johnson & Johnson and AstraZeneca have all similarly blocked technology sharing and lobbied against the proposed TRIPS waiver.

According to data provided by Airfinity, a science and analytics company, Moderna and Johnson & Johnson also have an especially poor record on fair vaccine distribution. Approximately 96% of Moderna’s vaccines are still going to upper-middle and high-income countries.

Amnesty is supporting the World Health Organization’s target of vaccinating 40% of those in low and lower-middle-income countries by the end of 2021 with its 100 Day Countdown campaign. The 100 Day Countdown: 2 billion vaccines now! campaign is calling on states and pharmaceutical companies to take urgent action to meet that lifesaving target.

According to Amnesty this can be achieved if pharmaceutical companies deliver 50% of vaccines they produce between 21 September and 31 December to low and lower-middle income countries; states redistribute the hundreds of millions of surplus vaccines currently in their stocks; and if states and pharmaceutical companies urgently increase global supply of Covid-19 vaccines by sharing knowledge and technology.

“With 50 days left until the end of the year, it’s not too late for these pharma giants to redeem themselves, do the right thing and fulfil their human rights responsibilities. To achieve this, they need to ramp up fair distribution and ensure half the doses they produce before the end of 2021 goes to these countries.

“By taking action now, they could help to vaccinate an extra 1.2 billion people in low and lower-middle income countries by the end of the year – and save at least 2 million* lives.”

Amnesty will be holding demonstrations outside the offices of pharmaceutical companies around the world, including Pfizer, during November, calling on the company to stop blocking access to vaccines, start sharing and save lives.

Amnesty International's 100 Day Countdown calls on states and pharmaceutical companies to share vaccines with low and lower-middle income countries - so that millions more people can be protected from Covid-19 in 2021. Take action here.