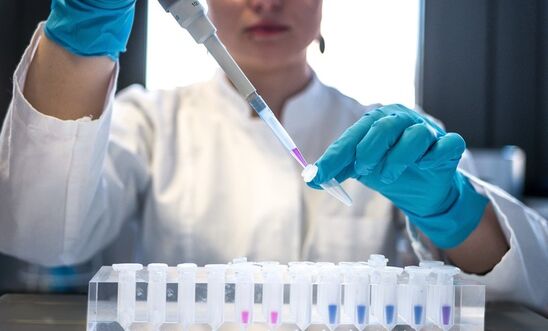 Vaccine developers have received more than 70 billion pounds in public funding, yet not a single vaccine developer has agreed to waive patents © Unsplash

One person dying from virus every 11 seconds, with poorer countries bearing brunt

“This devastating milestone must spur richer governments and companies into immediate action. How many more millions must die before the knowledge and technology to produce enough vaccines for everyone are made universally available?

“Because vast swathes of the world have little or no access to vaccines, one person is still dying from Covid-19 every 11 seconds - mostly in lower-income countries. Equal access to vaccines shouldn’t be based on where you live, it’s a basic human right.

“The death toll continues unabated in Latin America, while India and Nepal have faced deadly surges, and health systems in Indonesia and Southern Africa are at risk of being overwhelmed.

“Many of these countries are still facing acute vaccine shortages which can only be resolved by both urgently sharing doses and removing the barriers preventing the scale up of global production.

“World leaders must support moves to lift intellectual property restrictions on life-saving products, and push pharmaceutical companies to share their knowledge and technology. This is a global issue that requires urgent global action now. No one is safe, until everyone is safe.”

Compared to January, when world deaths passed two million, the numbers of people dying each week in richer countries has reduced from 51,614 to 4,015 - a 92% fall - according to figures collated by the World Health Organisation. The UK alone has administered nearly twice as many jabs as the entire African continent, despite its population being a twentieth of the size.

Globally, 53,861 people are reported to have died of Covid-19 during the week commencing 28 June - equating to one person every 11 seconds.

Of the G7 nations, only the US has explicitly supported waiving patents for vaccines. Japan has said it will not oppose the move if it is agreed, Germany and the UK continue to vehemently oppose the plan, while Canada, Italy and France have made no clear policy statements.

Vaccine developers have received more than 70 billion pounds in public funding, yet not a single vaccine developer has agreed to participate in the WHO’s Covid-19 Technology Access Pool (C-TAP), set up more than a year ago to facilitate the sharing of life-saving intellectual property and technology. Major pharmaceutical firms - including Moderna and Pfizer - are meanwhile making huge profits, and nine new vaccine billionaires have been created since the beginning of the pandemic.