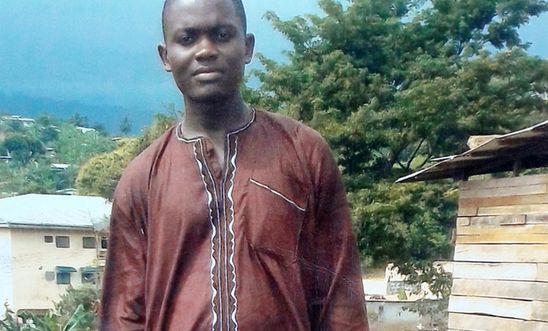 An Amnesty International press conference scheduled to take place in Yaoundé to appeal for the release of three imprisoned students was forced to shut down by Cameroonian authorities this morning.

Without written order or justification for the closure of the event, around a dozen security agents in uniform and plain clothes entered the hotel and ordered the managers to shut down the press conference venue.

“The aim of the press conference was to present more than 310,000 letters and petitions signed from people all across the world, asking President Paul Biya to release three students imprisoned for 10 years simply for sharing a joke by SMS about Boko Haram.

“These students have done nothing more than share a private joke, but their conviction and sentence could see them spend a decade behind bars and destroy their future prospects.

“We join the thousands of people across the world in calling on the authorities in Cameroon to release these students, allow them to re-join their families, and realise their dream of continuing their studies and finding a job.”

Amnesty International’s partners had formally declared the hosting of the press conference to the Yaoundé 1 prefecture on 19 May, which the prefecture acknowledged.

Another event planned for today by one of Amnesty International’s local partners to discuss the human rights situation in the country was also prohibited from taking place. In a written decision dated 23 May 2017, the prefect of the Yaounde 1 district held that “because of the threat of disruption of public order, the conference entitled "Human rights and the fight against terrorism in Cameroon”, scheduled from 2 pm to 6 pm, is prohibited from taking place”.

In December 2014, Fomusoh Ivo received a text message from a friend, saying: “Boko Haram recruits young people from 14 years old and above. Conditions for recruitment: 4 subjects at GCE, including religion”. His friend’s message was intended as a comment on the difficulty of finding a good job without being highly qualified - joking that even the armed group Boko Haram would not recruit those without good exam results.

Ivo forwarded the message to Afuh Nivelle Nfor, who sent it to Azah Levis Gob. One of their teachers saw the text, having confiscated the phone, and showed it to the police. Ivo and his friends were all arrested.

They were transferred to the Prison in Yaoundé on 14 January 2015 and kept with their legs chained at the ankles.  They were charged on 3 May under Cameroon’s Penal Code and the Code of Military Justice and their chains were only removed in April 2015 when their lawyers made a request to the investigating judge.

The three students were found guilty of ‘non-denunciation of terrorism acts’ on 2 November 2016.  They have appealed their conviction and sentence. The appeal is now set for 15 June.

As part of the Amnesty’s annual Write for Rights campaign 2016, more than 310,000 letters and petitions were signed by people across the globe asking that Fomusoh Ivo Feh, Afuh Nivelle Nfor and Azah Levis Gob, be immediately released.

Prominent figures such as Virgin Group founder Richard Branson and former Cameroonian football striker Patrick Mboma are amongst those who sent letters to the authorities and solidarity messages to the three students.