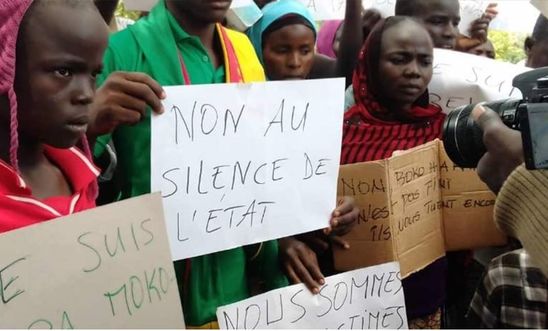 Reports that one village population has declined from 3,000 to around 100 inhabitants over the past few years because of regular attacks

‘The attackers told us they had cut an ear off of each of us because they had been unable to capture our husbands, and that next time they would kill us’ – woman from Gakara

At least 275 people have been killed and others mutilated or kidnapped during a resurgence of Boko Haram attacks in the Far North region of Cameroon this year, Amnesty International said today, following field research in the region.

Despite President Paul Biya announcing in January that Boko Haram had been “pushed outside” Cameroon’s borders and now presented “a residual threat”, Amnesty’s research shows that since then there have been a series of crimes and human rights violations committed by Boko Haram in the Far North of the country.

Amnesty documented crimes taking place between January and November, including the looting and burning of homes and health centres, the shooting of an elderly blind man, and three women who had their ears cut off. At least 275 people were killed during these attacks – of which 225 were civilians. This is the equivalent of 25 killings a month.

People interviewed said they felt abandoned by the Cameroonian authorities.

“The people we met in Cameroon’s Far North are living in terror. Many of them have already witnessed Boko Haram attacks and lost family members or friends. They no longer ask whether there will be further attacks but when they will take place – they feel completely abandoned by the authorities.

"People are living in total deprivation and will continue to suffer Boko Haram’s murderous assaults or leave their communities if nothing is done.

"The people of the Far North must not be abandoned.

“The Cameroonian authorities must urgently increase the protection for the areas affected, in accordance with respect for human rights and international humanitarian law.”

People living in Tourou told Amnesty they had experienced 16 attacks since the start of the year in which six people were killed and several more kidnapped. Members of security committees are often targeted, as well as people who are elderly, vulnerable or living with disability.

One witness recounted how during an overnight attack in Gakara village on 29-30 July, a blind man and a child were killed:

"… Members of Boko Haram found a nine or ten-year-old boy with two elderly people: his grandmother and an old blind man. They tried to drag him away but the child clutched his grandmother with all his might, crying and saying that he did not want to leave. So Boko Haram killed the boy and the old man.”

Gakara residents said they could no longer count the number of times Boko Haram has attacked them. Some said that Boko Haram members were hiding in the mountains where they could see the village without the villagers seeing them, and so they were able to approach under cover.

In Gakara in July, three women aged between 27 and 40 each had an ear cut off by members of Boko Haram.

One of the women said:

“The attackers told us they had cut an ear off of each of us because they had been unable to capture our husbands, and that next time they would kill us.

The husband of another victim said: " … They stopped one of my wives and told her to go with them. When she refused, they threatened to cut her throat. She said she’d rather that than go with them. One of the men then suggested they slit her throat, one that they cut her hand off and the third that they cut her ear off. So that’s what they did and they left her like that…"

In Tchakamari, another village in the Far North, nine people died in house fires during an attack on 18 April.

Issa (not his real name), a 28-year-old shepherd, told Amnesty: “…When we returned after the attack, we found nine people dead inside burned out houses. We don’t know if they were executed beforehand or if they died in the fire. All our property was stolen or destroyed. Some motorbikes were burned, others stolen. These groups want to steal from us and do us harm.”

Three health centres in Tourou and Moskota have been looted. In Gossi, a Baptist church and the pastor’s house were also set alight.

Women kidnapped and forced to convert to Islam

In Tourou canton, an area of 16 mostly Christian villages in Mayo-Tsanaga, a 36-year-old woman and a 17-year-old girl were abducted on 3 July and forced to convert to Islam.

They were kidnapped in the early morning in their fields by attackers who were hiding in the grass. The attackers tied their hands and necks, and then forced them to walk all day and part of the night without food or water.

They remember stopping in an area “at the foot of a mountain” where there were many Boko Haram members. Threatened with death, they were forced to convert to Islam. The women were held in rooms and not allowed out except to go to the toilet. They had to do housework but were not permitted to cook as their abductors feared they might poison them. The two women managed to escape on 15 July.

Abandoned by the Authorities

Faced with these recurring attacks, people living in the most affected areas feel they have been abandoned by the Cameroonian authorities. The attacks receive little officials media coverage.

One witness said: "The problem is that Boko Haram are in the bush and the soldiers are in the town. It takes them too long to get here and, when they do, it’s too late.”

In March 2019, the inhabitants of a village in Mora commune sent a handwritten letter to the Minister for Public Contracts, who is originally from that area. In the letter they called on him personally to intervene to establish a military outpost in the area following their “unsuccessful appeals to the local and administrative authorities”. According to this letter, the population of this village has declined from 3,000 to around 100 inhabitants over the past few years because of regular attacks.

Public demands for more security have increased in the second half of the year, with protests taking place in Tourou on 17 July, Tolkomari on 11 September and Moskota in early November. While the authorities have taken some actions, these have not satisfied the local people. In Logone-et-Chari, the authorities suspended humanitarian aid in June after deciding that the distributions were actually assisting the armed groups.

Amnesty recently conducted a two-week field research visit to Maroua and Mokola in Cameroon’s Far North, where researchers interviewed more than 30 victims of and witnesses to crimes and abuses committed by Boko Haram. Interviews were also conducted in Maroua and Yaoundé with humanitarian officials, academics, representatives of associations, researchers and lawyers.