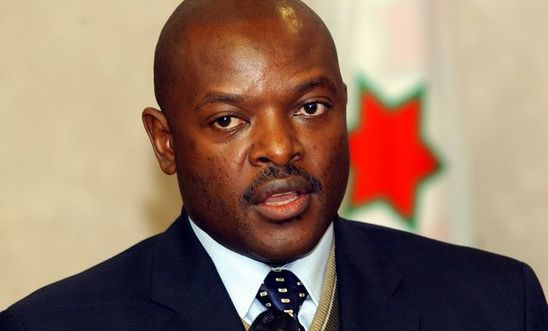 Escalating threats against journalists and other media workers in the past week are worrying signs that journalism in Burundi has become increasingly dangerous since an attempted coup last month, Amnesty International has warned.

Media freedom and coverage is critical to provide accurate information given the electoral impasse triggered by President Pierre Nkurunziza’s bid for a third term, as well as growing fears of renewed conflict with wider regional implications.

“The intimidation is real and has sparked a climate of fear among journalists.

“Burundians have a right to information about government activities including the stalled electoral process and mediation efforts to forestall renewed conflict in the region.”

The previous day, photojournalists who were covering a demonstration told Amnesty International that policemen informed them that they would be “dealt with as if they were coup plotters” and that their mere presence on the ground was triggering demonstrations.

And on 4 June, Burundian authorities withdrew the accreditation of France 24 journalist Thaïs Brouck, stating that he failed to cover the elections process according to the terms of his accreditation letter. An official also told him that his presence in Burundi was inciting people to demonstrate.

“These disturbing attacks on the press indicate the Burundian authorities’ intolerance of freedom of expression, media freedom and the right to information. The government must show its commitment to these human rights by allowing both local and international journalists to operate freely and safely.

“Failure to do so violates international and regional norms on freedom of expression, as well those enshrined in Burundi’s constitution.

“We call on the region as well as the rest of the international community to closely monitor the deteriorating human rights situation in Burundi, including the lack of enjoyment of the right to seek, receive and impart information."

International media outlets are the last resort for people in Burundi to access independent reporting about events in the country, after five private radio stations were partially or completely destroyed during the unrest in Bujumbura on 13 and 14 May 2015 following an attempted coup.

On 14 May, Radio Bonesha, Radio Isanganiro, Radio Publique Africaine (RPA), Rema FM and Radio-Télévision Renaissance were largely destroyed when they were attacked  by unidentified individuals. They have not broadcast since.

Previously on 26 April, the Burundian authorities had banned the independent private radios RPA, Bonesha FM and Radio Isanganiro from broadcasting outside Bujumbura.

Amnesty has repeatedly condemned arbitrary arrests and detentions of journalists as well as attacks on local independent radio stations and urges the Burundian authorities to speed up investigations into the destruction of media houses and bring to justice anyone suspected to be responsible.