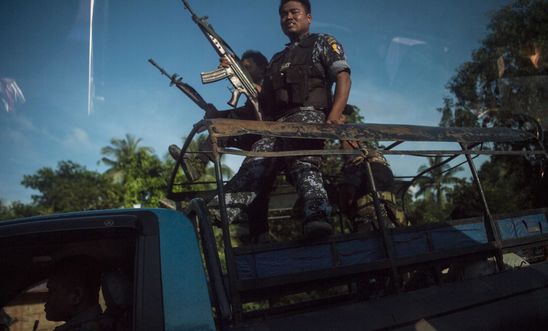 Responding to the attacks by Rohingya militants in Burma which have left at least 71 people, including 12 security personnel, dead, Josef Benedict, Amnesty International’s Deputy Campaigns Director for Southeast Asia and the Pacific, said:

“These attacks are a dangerous escalation in violence and could put ordinary people in Rakhine State at risk, in particular as tensions have been reaching a boiling point in the region recently. We urge all sides to show the utmost restraint and ensure that ordinary people are protected from human rights violations and abuses.

“The investigation into these criminal acts must be prompt, thorough and effective, and comply with international human rights standards. Any prosecutions must respect fair trial rights and not result in the death penalty.

“This cannot lead to repeat of last year’s vicious military reprisals responding to a similar attack, when security forces tortured, killed and raped Rohingya people and burned down whole villages. Although the government has an obligation to protect people, this cannot be seen as giving the army a blank cheque to commit atrocities against parts of the population.

“It is crucial that the government makes every effort to address the long-standing and systematic discrimination in Rakhine State, which has left people trapped in a cycle of violence and destitution. As a first step, authorities must push forward with implementing recommendations outlined in the recent report by the Advisory Commission on Rakhine State.”

Following fatal attacks on police outposts by Rohingya militants in northern Rakhine State in October 2016, Myanmar authorities launched major security operations in the area. Amnesty International documented wide-ranging human rights violations against the Rohingya during these operations, including unlawful killings, arbitrary arrests, enforced disappearances, torture and ill-treatment, rape and other sexual violence, as well as destruction of homes and property. The organisation concluded that the Myanmar security forces may have committed crimes against humanity.