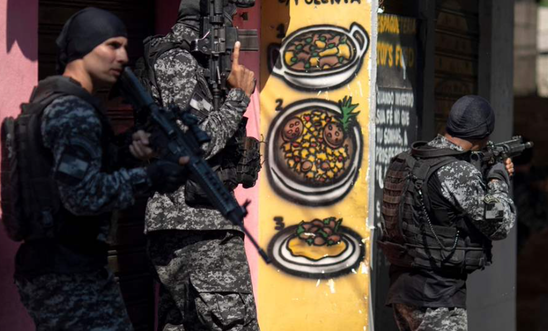 At least 25 people killed in Jacarezinho neighbourhood after police operation

Following yesterday’s police operation in the Jacarezinho favela in Rio de Janeiro that has so far resulted in the deaths of 25 people, including one police officer, Jurema Werneck, Executive Director of Amnesty International Brazil, said:

“The number of people killed in this police operation is reprehensible, as is the fact that, once again, this massacre took place in a favela.

“It’s completely unacceptable that security forces keep committing grave human rights violations - such as those that occurred in Jacarezinho - against residents of the favelas, who are mostly Black and live in poverty.

“Even if the victims were suspected of criminal association - which has not been proven - summary executions of this kind are entirely unjustifiable. The police have the power to arrest - but the courts have the duty to prosecute and judge those suspected of committing crimes.

“It’s vital that the human rights of everyone in Brazil are respected and guaranteed. The Rio de Janeiro state government must develop a comprehensive security policy based on intelligence and training, so that agents of the state who make use of force do so while respecting the human rights of the residents of Ipanema and the slums.

“The Rio de Janeiro state prosecutor’s office must conduct a prompt, exhaustive, independent, and effective investigation into these atrocities, following international standards so that the agents of the state who ordered, committed or participated in this massacre are held accountable and face justice.”

The Jacarezinho massacre is the largest ever by police officers in Rio de Janeiro, surpassing even the Vigário Geral massacre in 1993, in which 21 people were killed.

Brazil’s Federal Supreme Court suspended police operations in Rio de Janeiro’s slums on 5 June 2020, but the state government has systematically failed to comply with the decision by the nation’s highest court and the operations have not stopped.