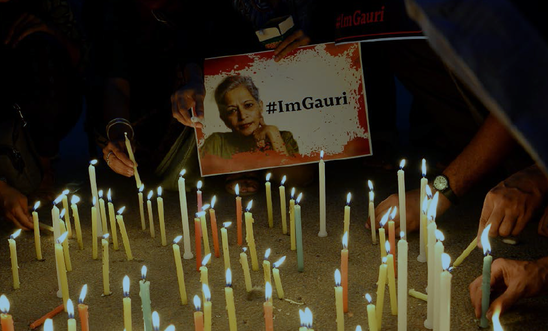 Boris Johnson must put a strategic plan in place to help protect people who are putting their lives at risk to fight human rights abuses around the world, Amnesty International said today as it released new findings about the global dangers faced by activists.

Amnesty’s report, Deadly but Preventable Attacks: Killings and Enforced Disappearances of Those who Defend Human Rights, reveals that at least 3,500 human rights defenders have been killed since 1998 – an average of 180 deaths a year.

These include journalists, lawyers, environmental activists, those standing up for the rights of women, and those fighting for gender equality.

Last year alone, 281 human rights defenders were killed – and the latest research suggests that 2017 is set to be the deadliest year yet.

“Amnesty is calling on Boris Johnson to help protect human rights defenders around the world as a matter of absolute urgency.

“The level of danger facing activists has reached crisis point. Every day people are threatened, tortured, imprisoned and killed for what they fight for, believe in or simply for who they are.

“The Foreign Secretary’s vision of a ‘Global Britain’ must be inextricably linked to the protection of human rights defenders – and right now there has never been a better time to take action and set an example to the world.”

Currently the UK government provides an internal ‘toolkit’ for its diplomats to support human rights defenders abroad, but its use is inconsistent. Given the current level and scale of attacks being experienced by activists, Amnesty wants decisive action resulting in a strategic plan.

“Every time a threat or killing is not investigated and punished, a chilling message that human rights defenders can be attacked without consequence is sent out.

“Human rights defenders are the guardians of our future, contributing to a more stable and secure world.

“In the run up to the 70th anniversary of the Universal Declaration of Human Rights, this is a chance for Boris Johnson to create a powerful and positive legacy for generations to come.”

‘Deadly but preventable’: The latest findings

Amnesty’s report reveals that countries around the world are seriously failing in their duty to protect human rights defenders. The findings, the latest from Amnesty’s BRAVE campaign, which launched in May, is calling for governments to recognise the work of human rights defenders, and to ensure they are able to express themselves freely and carry out their work in a safe environment.

The report focuses on the vast number of enforced disappearances and killings that have occurred since the UN Declaration of HRDs in 1998. The official number of killings stands at 3,500 but it the real death toll is believed to be much higher – and numbers continue to rise.

Human rights defenders are putting their lives at risk to protect vulnerable groups and improve the societies they live in:

2,343: Number of trans and gender-diverse people in 69 countries killed from 2008 and 2016, according to Transgender Europe’s (TGEU) Trans Murder Monitoring Project.

117: Number of law professionals killed between 2010 and 2016 in Honduras, according to The Honduras National Human Rights Commissioner.

2,863: Number of trade unionists and union members killed in Colombia from 1986-2011, according to the National Trade Union School.

49%: The percentage of human rights defenders killed in 2016 who were working on land, territory and environmental issues.

Why are they attacked?

The motives behind attacks are varied and complex. Some activists are attacked because of their occupation, others for standing up to those in power violating human rights, or for raising awareness of a political or social issue.

Other defenders are at risk of attack for both what they do and who they are. These include those defending the rights of women, sex workers, LGBTI people, indigenous peoples and other minority groups.

In particular, women particularly face danger because of a so-called ‘double-discrimination’ – they are attacked for both their sex and being human rights defender. In many cases they challenge the accepted gender norms and stereotypes in their society to fight injustices. Often this leads to them being portrayed as ‘criminals’, ‘terrorists’ or threats to ‘traditional values’.

Finally, others are attacked just for where they live, such as in a war zone or where communities are in the grip of organised crime.

Amnesty’s report features a large bank of testimonies from friends, relatives and colleagues of human rights activists who’ve been killed or disappeared. Cases include:

Hina Shanhnawaz: Pakistani human rights defender who worked with HelpAge International to promote the rights of older people. A professional woman who was entirely financially independent, she challenged the norms of society. She was shot dead in February this year.

Berta Cáceres: Honduran environmental and Indigenous human rights defender who was shot dead in 2016 after years of threats and attacks

Xulhaz Mannan: An LGBTIQ activist who was hacked to death in Bangladesh, along with his colleague, in 2016. Over 18 months later, no one has been brought to justice for the killing.

Pierre Claver Mbonimpa: Founder of a human rights organization in Burundi, who was shot in the face and neck in 2015. Months later, while he was recovering abroad, his son and son-in-law were killed.

The ‘Douma 4’: Four Syrian human rights activists – two men and two women - who were abducted from their office by armed men in December 2013 and have not been seen since.