Belarus: authorities must end violence against protesters ahead of presidential election 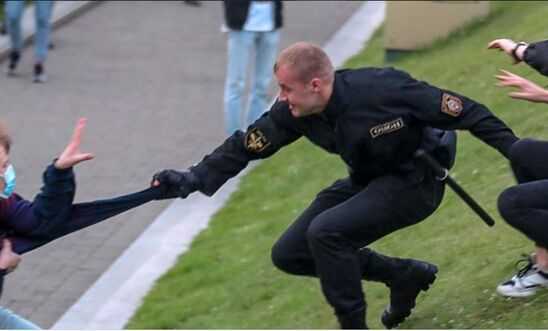 12,000-strong petition to Ministry of Internal Affairs handed in today

The Belarusian authorities must restrain from using force against peaceful protesters, Amnesty International has warned, ahead of Sunday’s presidential elections.

The petition demanded an end to a ruthless crackdown on protests, which has seen protesters beaten by police and hundreds of peaceful activists, journalists and bystanders detained.

“In recent days, President Alyaksandr Lukashenka has voiced clear threats to use police force, and even the military, to disperse possible protests.

“The authorities in Belarus should know that we and the whole world are closely watching what is happening in the country.

“We will not remain silent and will not stand aside if the authorities resort to violence against peaceful protesters.”

Hundreds of peaceful activists, journalists and bystanders arbitrarily detained by law-enforcement officials on trumped-up charges since the start of the electoral campaign should be released immediately and given full reparation for the human rights violations they have suffered.

All prisoners of conscience - including political activists Viktar Babaryka and Syarhei Tsihanouski, who were prevented from running for the presidency and arrested on politically-motivated charges - must be released immediately and unconditionally.