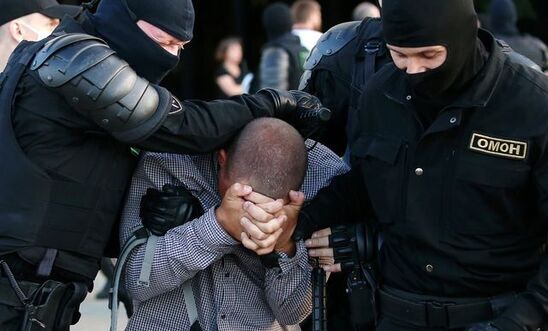 According to the human rights group Viasna, security forces detained at least 1,053 people in Minsk and other major Belarusian cities as protesters turned out on the streets for the 14th consecutive Sunday. At least nine journalists were detained while reporting, according to the Belarusian Association of Journalists.

In Minsk, police prevented the formation of a single column, splitting protesters into several separate groups which were chased by police. The detentions continued in Minsk well into the evening after the protests had ended. According to eyewitnesses and video footage, police used indiscriminate force and beat protesters and bystanders.

“Over the weekend, the security forces under the command of President Alyaksandr Lukashenka escalated reprisals against peaceful dissent and took the human rights crisis in Belarus to a new level, with gruesome footage of riot police beating unarmed demonstrators and officers shoving elderly people into police vans.

“These acts add weight to the already heavy dossier of government violations of human rights - including unlawful use of force, arbitrary mass arrests, and torture and ill-treatment of people who speak out against Lukashenka’s government.

“Hundreds of those arrested face up to 15 days of administrative detention, which can be applied multiple times amounting to lengthy imprisonment intended to silence and intimidate.”