Bangladesh: New Digital Security Act is an attack on freedom of expression 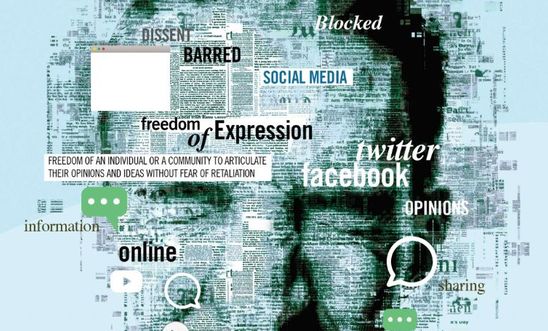 Bangladesh’s new Digital Security Act is an attack on freedom of expression that is even more repressive than the legislation it has replaced, Amnesty International said in new briefing published today (Monday 12 November).

The briefing - Muzzling Dissent Online - warns that vague and overly broad provisions of the new law could be used to intimidate and imprison journalists and social media users, silence dissent and carry out invasive forms of surveillance.

In the past six years, the Bangladesh government used the Information and Communication Technology Act (ICT) – the forerunner to the Digital Security Act – to arrest more than 1,000 people.

“Instead of breaking with the past, where the Information Communication Technology Act was used to arrest at least 1,200 people in Bangladesh, this draconian new law threatens to be even more repressive.

“The Digital Security Act criminalises many forms of freedom of expression, and imposes heavy fines and prison sentences for legitimate forms of dissent. It is incompatible with international law and standards and should be amended immediately.”

Attack on freedom of expression

Despite the government having pledged to guarantee the right to freedom of expression in Bangladesh, including by accepting specific recommendations to reverse the draconian provisions of the ICT, several provisions in the Digital Security Act pose a similarly grave threat to human rights.

It is plagued by a lack of clear definitions, explanations and exceptions, including repressive non-bailable penalties for at least 14 offences.

Section 21 authorises life imprisonment, along with a hefty fine, for engaging in “propaganda” or a “campaign” against the “spirit of the liberation war”, "father of the nation", the "national anthem" or "national flag”. Section 25 provides special protection to the state, and thus may be used to prohibit or punish legitimate political expression. Section 28 states that publication or broadcast of "any information that hurts religious values or sentiments" is a criminal offence.

The Act provides absolute power to the government’s Digital Security Agency to initiate investigations into anyone whose activities are deemed harmful or a threat. The agency can also order the Bangladesh Telecommunication Regulatory Commission to remove and block any information or data on the internet.

The Act gives the police absolute power to arrest anyone, without a warrant, simply on suspicion that a crime may be committed using digital media.

“In the absence of a judicial review process to examine and reverse actions of the state in Bangladesh, the discretion of the Digital Security Agency appears immense and arbitrary.

“The government must have proper safeguards for the public to seek redress if they feel their rights are violated and their opinions censored by the state unfairly.”