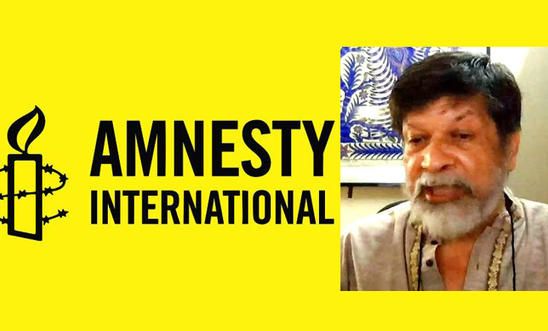 The Bangladeshi authorities must end the crackdown on protests that has seen nearly 100 people arrested to date, Amnesty International said today.

Two weeks after thousands of school students took to the streets of Dhaka, demanding safer roads after two students were killed by a speeding bus, protesters are being subjected to intense online surveillance and arbitrary arrests.

“The Bangladeshi authorities must end this crackdown and release all protestors who were peacefully exercising their human rights.

“The students were overwhelmingly peaceful, and only a tiny minority of people were involved in violence. Their actions must not become a pretext for an attack on civil society where dissent is punished and people live in fear that they will be arrested next.”

In a series of public statements, officials of the Bangladeshi government have sought to protray the student protests as an attempt by the political opposition – the Bangladesh Nationalist Party and the Jamaat-e-Islami – to destabilise the government ahead of general elections later this year.

Students and other activists say that they are being subjected to intensive surveillance, both online and offline, leaving them fearful of commenting on the protests on social media or even seeking medical help for injuries sustained during the protests.

One student at a private university in Dhaka, who was hit by rubber bullets fired by the police on 6 August 2018, told Amnesty International:

“Police are using CCTV footage to identify students and pick them up. Many students who suffered injuries after the police fired rubber bullets are not even going to the hospital to receive treatment out of fear of arrest. They are still living in a lot of fear and trauma. We do not know what may happen.”

To date, 97 students are known to have been arrested. At least 51 cases were filed between 29 July and 15 August 2018, charging 5,000 unnamed people for a range of offences under draconian laws inconsistent with international human rights law and standards, including an arbitrary ban on “unlawful assembly”.

By contrast, no action has been reported to investigate and prosecute police officers that used unnecessary and excessive force against the largely peaceful protestors, or members of the pro-government student outfit Bangladesh Chhatra League, who were allegedly using machetes, tree branches and metal rods to attack students and journalists, as reported by victims and eyewitnesses.

The authorities have also arrested three other people under Section 57 of Bangladesh’s vague and draconian Information and Communication Technology (ICT) Act. These include the photographer Shahidul Alam, who was arrested after giving an interview on Al-Jazeera English and remains in jail; Quazi Nawshaba Ahmed, an actress; and Faria Mahjabin, owner of a Dhaka café.

Section 57 has long been used as an instrument to criminalise people for freely expressing their views and opinions. The law stipulates prison sentences between seven and 14 years for anyone who “deliberately publishes or transmits” on a website or in electronic form, “any material which is fake and obscene”, “causes to deteriorate or creates possibility to deteriorate law and order, prejudice the image of the State or person or causes to hurt or may hurt religious belief or instigate against any person or organisation.”

“The government has itself conceded that Section 57 of the ICT Act is flawed, and yet it persists with its use.

“Shahidul Alam, Quazi Nawshaba Ahmed, Faria Mahjabin and all of the students who were arrested solely for peacefully exercising their human rights are prisoners of conscience. They must be released immediately and unconditionally.”