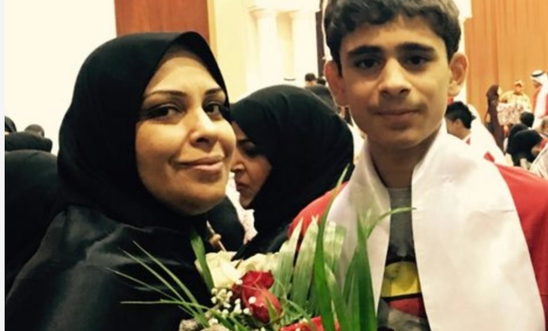 Hajer Mansoor (left) was jailed in March 2017, along with two other relatives of Sayed Ahmed Alwadaei © Private

“Hajer Mansoor’s release is long overdue, but she should never have spent a single day in detention in the first place.

“Hajer was imprisoned for three years on absurd ‘terrorism’ charges, solely because of her family relationship with Sayed Ahmed Alwadaei, a human rights activist who now lives in the United Kingdom.

“Her sham trial was nothing more than act of reprisal intended to intimidate and ultimately silence a critic of the Bahraini government who had escaped beyond their reach.

“The Bahraini authorities have an appalling track record when it comes to harassing, threatening and arbitrarily detaining family members of Bahraini activists living abroad.

“All other prisoners of conscience who have been detained solely for peacefully exercising their human rights, or for their association with those who have been critical of the Government, must now be released immediately and unconditionally.”

Hajer Mansoor is the mother-in-law of Sayed Ahmed Alwadaei, an outspoken critic of the Bahraini government who lives in exile in the UK.

Mansoor was jailed in March 2017 - along with two other relatives of Alwadaei - after being convicted in a grossly unfair trial on absurd charges of planting fake bombs. Alwadaei’s brother-in-law, Sayed Nizar Alwadaei, and a cousin, Mahmood Marzooq Mansoor, were also jailed and they both remain in prison in Bahrain.

Sayed Ahmed Alwadaei is Director of Advocacy at the Bahrain Institute for Rights and Democracy. Amnesty has repeatedly called on the Bahraini authorities to stop the harassment and targeting of his family.