Azerbaijan: New sport and rights coalition calls for prisoner releases ahead of Baku Games in June 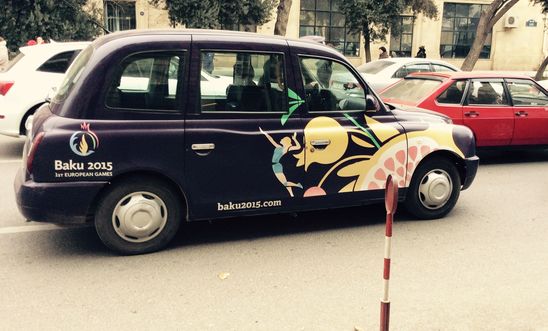 Azerbaijan is to host the first European Games in the capital, Baku, from 12 - 28 June this year. An estimated 6,000 athletes from 50 countries are to participate in 20 sports, with the Games being organised under the auspices of the Olympic Movement.

Eduard Nazarski, Director of Amnesty International Netherlands - a founder member of the SRA, a coalition of NGOs, sports organisations and trade unions – said:

"The Azerbaijani government is investing billions of dollars and vast amounts of energy in the European Games and in other sports events, while aggressively pursuing those who criticise or challenge the authorities.

"Media outlets and NGOs have been shut down and Amnesty International has identified at least 20 prisoners of conscience, behind bars on trumped up criminal charges that can carry very long prison sentences."

"The European Olympic Committees are in a unique position to raise these pressing human rights concerns with President Aliyev.

"By remaining silent, the European Olympic Committees risk sending a message that it is acceptable for the Azerbaijani government to silence critics while hosting an event that, according to the Olympic Charter, should stand for human dignity and place sport at the heart of the harmonious development of society."

The Sport and Rights Alliance is a recently-formed coalition including Amnesty International, Human Rights Watch, FIFPro – World Players’ Union, Football Supporters Europe, Supporters Direct Europe, Terre des Hommes, and Transparency International Germany. The Alliance seeks to ensure that host countries of major international sports events respect human rights, the environment, and anti-corruption requirements at all stages of the process—from bidding through to construction and preparations to host events as well as during events themselves.

In a letter recent letter to EOC president Patrick Hickey, the SRA urged the organisation to speak out against Azerbaijan’s crackdown on government critics and the worsening environment for media freedom, which are at odds with key principles of the Olympic Charter that the European Games are meant to uphold.

The Azerbaijani government’s detention and imprisonment of leading journalists and human rights activists and its ongoing harassment of news outlets, media organisations, human rights groups, and other independent groups and activists cannot be reconciled with the Olympic Charter’s principles on press freedom and human dignity,  the alliance said. Meanwhile, the crackdown on media and independent groups could have a negative impact on the work of journalists covering the Baku Games. The Olympic Charter explicitly calls for press freedom among members of the Olympic Movement.

"Given the history of abuses and the intensified crackdown on dissent in Azerbaijan, fundamental human rights are likely to be under attack in the context of the Baku Games," the letter said.

The Sport and Rights Alliance called on the EOC to use their influence with Azerbaijan to take three steps before the 12 June opening ceremony:

2)    End the harassment, intimidation, arbitrary detention, and politically motivated prosecution of human rights of activists, lawyers, journalists, opposition members and others for the legitimate exercise of their rights to freedom of expression, association and assembly.

3)    Refrain from the arbitrary denial of registration to human rights and pro-democracy groups and amend the law on nongovernmental groups that unduly restricts media outlets, human rights organisations, and other independent groups from functioning and carrying out legitimate work.