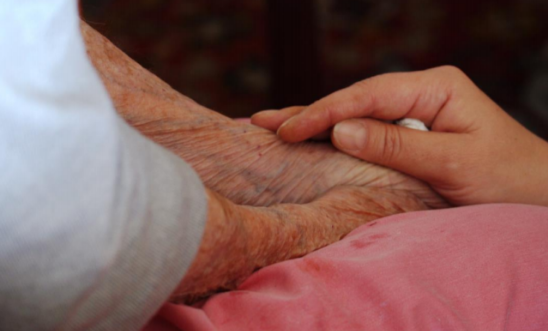 ‘We have no holiday pay and no unemployment benefits’ - Dora, Romanian care worker

Migrant women care workers in Austria are being exploited with shockingly poor pay, discrimination, and excessively long hours, pushing some to the brink of collapse, Amnesty International said in a new report today (1 July).

Many of the women - from Central and Eastern Europe - are subjected to discrimination and abuse.

Almost all (98%) of Austria’s 60,000 live-in care workers for older people are migrants, mainly from Romania and Slovakia. These women are paid almost 20% less than men, and migrant workers in general have much lower salaries than nationals. For instance, Slovak care workers in Austria are paid on average €10,080 per year compared to the minimum wage for Austrian care workers who earn on €17,484 per year.

Care workers in Austria told Amnesty that unfair wages, lack of sick pay and inadequate breaks were a daily reality before the pandemic, but Covid-19 had made working conditions unbearable.

“I should have returned home last March. However, I had to stay, and it was very difficult for me because I never had a break. I worked 3.5 months in a row during the lockdown, then I collapsed and had to see a doctor.”

While the Austrian authorities have put in place some coronavirus-related support mechanisms for live-in care workers, they have not always been made accessible to migrant care workers because of restrictive eligibility criteria, including the need to have an Austrian bank account which many do not have.

In many instances, live-in care workers are also mis-classified as self-employed. They have little autonomy to negotiate their wage or working patterns because as domestic workers, they work under the supervision of the older people they care for and/or their families. Also, recruitment agencies operate as intermediaries between workers and their clients, often setting wages and work patterns without negotiation.

In Austria, only formally employed care workers receive the minimum wage, working hours protection and access to sick pay - meaning the 98% of live-in care workers who are self-employed are exempted from these protections.

“We don’t want to be self-employed because employees have more rights. We have no holiday pay and no unemployment benefits. We want somewhere we can go to when we have problems.”

“In Europe, more and more people are working in precarious conditions, but women migrant workers are especially under-compensated, under-protected and exploited.

“Care work is emotionally and physically exhausting at the best of times, but during the pandemic, many women migrant workers worked excessively long hours and shifts for months on end.

“We are calling on the Austrian authorities to extend minimum wage protection and working hours protection to all live-in care workers, to strengthen labour inspections and to provide counselling for discrimination and abuse at work.”