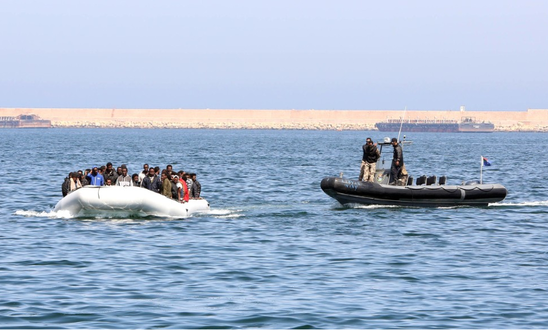 Amnesty is one of eight NGOs demanding that delivery of the boats is suspended, believing they would be used to intercept refugees and migrants and force them back to Libya, where they suffer serious human rights violations.

“Delivering boats to the Libyan Coast Guard was an unlawful and reckless decision - but doing it now, as the armed conflict in Libya escalates, is even more callous and irresponsible.

“The donation would make French authorities complicit in trapping thousands of women, men and children in a country where they suffer extortion and are arbitrarily detained and tortured.

“Instead of supporting Libyan authorities in stopping sea crossings and containing people in Libya, France and other European governments must ensure safe routes for those fleeing violence and abuse in Libya and call for the Libyan authorities to immediate release all migrants and refugees from horrific detention centres.”

The donation would violate the European embargo on Libya, related to the supply of military equipment, as well as the Arms Trade Treaty prohibition of arms transfers to countries where they could be used to commit or facilitate atrocities.

The donation of the six boats was announced by the French Defence Minister in February. Amnesty, Médecins Sans Frontières France, Groupe d'information et de soutien des immigrés, Ligue des droits de l’Homme, La Cimade, Avocats sans Frontieres, Associazione Studi Giuridici Immigrazione and Migreurop are all involved in the legal challenge against this decision. The organisations are demanding the suspension of the decision as a precautionary measure, until the administrative court rules whether the donation is lawful. The administrative court has 48 hours to decide on the suspension.