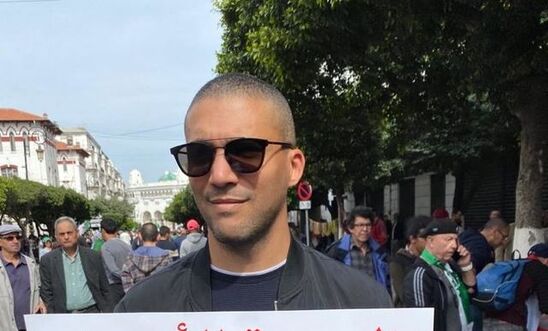 Earlier today, an appeal court in Algiers sentenced journalist Khaled Drareni to a two-year prison term over his coverage of last year’s Hirak protest movement. On 10 August, a lower court had initially sentenced Drareni to three years in prison.

Two activists - Samir Benlarbi and Slimane Hamitouche - were also sentenced to a year in prison - eight months of which were suspended - in the same sham trial. The two were released as they had already spent their prison terms behind bars.

“These harsh sentences underline the broader crackdown on freedoms in the country, and confirm an alarming pattern of prosecutions targeting journalists and activists who called for more democracy and respect for the rule of law in Algeria.

“The Algerian authorities must immediately and unconditionally release Khaled Drareni and others who are being detained for daring to document police violence and arbitrary arrests during protests. It is crucial for the future of human rights in Algeria that they are set free.”