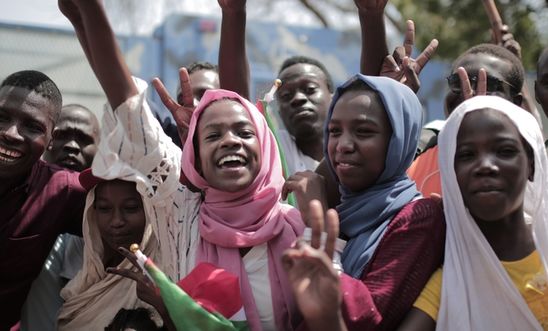 Protesters across sub-Saharan Africa have braved bullets and beatings to defend their rights in the face of continuing conflict and state repression, Amnesty International said today as it published its 2019 annual review of human rights in the region.

The organisation highlighted the bravery and defiance of people who took to the streets to demand change, but warned that they are being let down by governments who continue to perpetrate human rights violations across the region.

The report analyses major developments from last year including the deposition of Sudanese President Omar al-Bashir, the Zimbabwean government’s response to mass protests, and increasing attacks on civilians in Mozambique and Mali.

“In 2019 we saw incredible people power in mass protests which swept across sub-Saharan Africa. From Sudan to Zimbabwe, and Democratic Republic of Congo to Guinea, people braved brutal crackdowns to stand up for their rights.

“In some cases, these protests led to major changes, following the toppling of Sudan’s long-time leader Omar al-Bashir the new authorities promised human rights friendly reforms and following protest a raft package of human rights reforms was introduced by the Ethiopian government. Sadly, other changes needed are being blocked by repressive governments, who continue to carry out violations with impunity.”

Across sub-Saharan Africa civilians bore the brunt of deadly conflicts and violent crises.

In DRC, dozens of local and foreign armed groups together with the country’s security forces continued to carry out human rights abuses resulting in more than 2,000 civilian deaths and at least 1 million were forcibly displaced over the course of last year

In Somalia, civilians continued to live with attacks from the armed group Al-Shabaab, while government and allied international forces failed to take sufficient precautions to spare civilians from their attacks targeted at Al-Shabaab.

Security deteriorated significantly in the centre of Mali, with widespread killings of civilians by armed groups and self-proclaimed ‘self-defence groups’. In response, Malian security forces committed multiple violations including extrajudicial executions and torture.

In Mozambique, armed groups continued to carry out attacks against the general population in Cabo Delgado, and security forces were alleged to have committed serious human rights violations in their response to the violence. In Ethiopia clashes between ethnic communities were met with a disproportionate response by security forces.

“Access to healthcare remains a major concern for people across the region, with underfunded health budgets leading to shortages of beds and drugs in hospitals.

“Governments from Angola to Zimbabwe, Burundi to Cameroon have failed to respect the right to health, and conflicts have exacerbated the situation. With the COVID-19 pandemic looming, there is no time to waste in addressing the inequalities and human rights violations which make healthcare inaccessible for so many.”

Across the region, human rights defenders were persecuted and harassed for standing up and speaking out against governments. Burundi, Malawi, Mozambique, Eswatini, Zambia and Equatorial Guinea all saw surging crackdowns on activism in 2019.

For example, in Malawi activists who organised and led demonstrations against alleged electoral fraud after the May elections were attacked and intimidated by ruling party youth cadres and targeted for prosecution by the authorities. The vote was later annulled by the courts and the country is preparing for another election later this year.

In Zimbabwe, at least 22 human rights defenders, activists, civil society and opposition leaders were charged for their suspected role in organising protests against the January 2019 fuel price hikes. Security forces unleashed a violent crackdown, killing at least 15 people and wounding dozens of others.

In Guinea where the authorities banned over 20 protests on vague and overly broad grounds, security forces continued to fuel violence during demonstrations and at least 17 people were killed last year.

In 17 countries across sub-Saharan Africa, journalists were arbitrarily arrested and detained in 2019. In Nigeria for example, 19 cases of assault, arbitrary arrest, and detention of journalists were recorded, with many facing trumped up charges.

In Burundi, authorities continued to crack down on the work of human rights defenders and civil society organisations including by subjecting them to prosecution and lengthy prison terms.

Persistent human rights violations forced hundreds of thousands of people in the region to flee their homes in search of protection. There were about 600,000 internally displaced people in CAR; more than 222,000 people in Chad, and over half a million in Burkina Faso.

In South Africa, deadly systematic xenophobic violence continued against refugees, asylum seekers and migrants, partly driven by years of impunity for past attacks and criminal justice failures. Twelve people, including South Africans and foreigners were killed after violence erupted between August and September.

Mass protests in Sudan brought an end to the repressive rule of Omar al-Bashir in April 2019 and the new authorities promised wide ranging reforms to improve enjoyment of human rights; and the Ethiopian government overturned the civil society legislation which had curtailed the right to freedoms of association and expression and introduced a new law before Parliament replacing draconian anti-terror legislation.

In the DRC, authorities announced the release of 700 prisoners, including several prisoners of conscience.

There were also victories for individuals. In Mauritania, blogger and prisoner of conscience Mohamed Mkhaïtir was released after more than five years in arbitrary detention.

Although impunity for human rights violations largely continued, there were some small steps forward in 2019.

There was a glimmer of hope for some of the families of victims of US airstrikes in Somalia when the US military Africa Command (AFRICOM) for the first time in April 2019 admitted killing two civilians in an airstrike in 2018, however neither US diplomatic staff nor AFRICOM had reached out to the family to offer reparation.

There has also been some progress in CAR’s ordinary courts examining some cases of abuses by armed groups. The Special Criminal Court received 27 complaints and started investigations last year.

“Activists and young people challenged the establishment in 2019.  In 2020 leaders must listen to their demands and work towards urgently needed reforms that respect the rights of everyone.”