Acquittal of former DRC Vice-President a 'huge blow' to victims 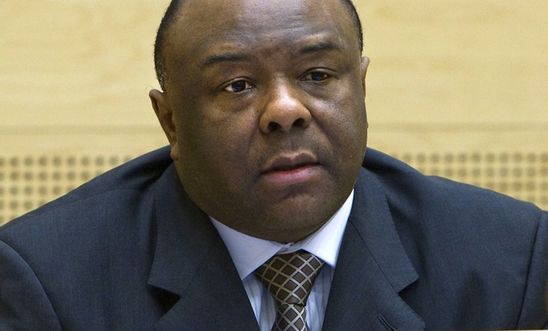 Today (8 June), the International Criminal Court (ICC) acquitted Jean-Pierre Bemba Gombo, the former Vice-President of the Democratic Republic of Congo, for his involvement in the conflict in Central African Republic (CAR), which included a campaign of rape and sexual violence against women.

Responding to the acquittal, Solomon Sacco, Head of the International Justice team at Amnesty International, said:

“This decision will be felt as a huge blow for the many victims of the ‘war against women’ waged in CAR.

“More than 5,200 survivors of Bemba’s atrocities participated in the ICC proceedings – for these brave individuals, as well as thousands of other victims in CAR, the pursuit of truth, justice and reparations will continue.”

Bemba was transferred to the ICC in July 2008 and charged with three counts of war crimes - murder, rape, and pillaging - and two counts of crimes against humanity - murder and rape. All the charges are related to the conflict in the CAR between 26 October 2002 and 15 March 2003.

On 21 March 2016, the judges of Trial Chamber III unanimously convicted Bemba of all charges. The conviction was based on the principle of command responsibility. The Trial Chamber found that Bemba knew that his militia troops were committing - or were about to commit - crimes, but failed to take reasonable measures to deter them or hold those responsible to account. On 21 June 2016, Bemba was sentenced to 18 years imprisonment.

Bemba was also tried separately, alongside his lead defence lawyer, Aimé Kilolo-Musamba, and his case manager, Jean-Jacques Mangenda Kabongo, as well as a member of the Congolese Parliament and a defence witness. In October 2016, all five men were found guilty under Article 70 of the Rome Statute for offenses against the administration of justice.