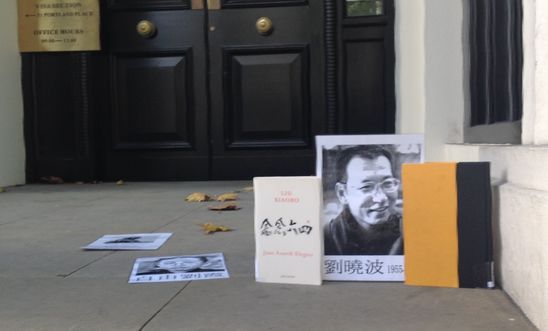 On 21 October 2017, participants gathered in front of the Chinese Embassy, marking 100 days after the passing of Liu Xiaobo and Liu Xia’s missing for 98 days, calling for an end to Liu Xia's illegal house arrest, surveillance and harassment, demanding immediate and unconditional release of all prisoners of conscience in China and Hong Kong.

Participants read essays and poems of Liu Xiaobo and Liu Xia and continue to disseminate the information and writings censored by the Chinese authorities.